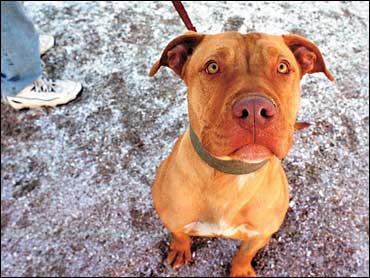 Dogs are not a mail carrier's best friend. But in one Detroit neighborhood the dog situation got so bad that the U.S. Postal Service decided to indefinitely suspend mail deliveries.

Residents of the four-block area on Detroit's northwest side have had to pick up their mail at the local post office since home deliveries were halted in mid-April.

It wasn't only the dog attacks: Staged daytime dogfights also played a major role in the decision, the city postmaster said.

"There was pit bull fighting two or three times a week," Postmaster Lloyd Wesley Jr. told the Detroit Free Press for a story Thursday. "We're talking about the middle of the street in broad daylight."

Dog owners can be fined up to $500 for allowing their pets to run loose.

Wesley said he is waiting for the city to announce an anonymous tip line for callers to report loose dogs and dogfighting before he allows mail delivery to resume.

There were 57 dog bite cases involving Detroit postal carriers in 2006.

Nationwide 3,184 letter carriers were bitten by dogs last year, the Postal Service said, down slightly from 3,273 the year before.

The New York metropolitan area recorded no dog bites of letter carriers in 2006. The next safest were Alaska with 2 bites, followed by Honolulu (3), and Maine and Montana (9 each).

At the other end of the scale, the Santa Ana, Calif., area led the nation with 96 bitten carriers — in fact, three of the top five spots for carriers to get bitten were in the Golden State. Following Santa Ana's 96 bites were Houston, 94; Sacramento, 82; Los Angeles, 77 and South Florida, 71.