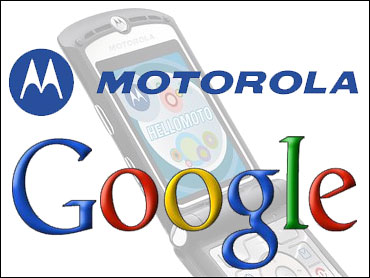 AUBURN HILLS, Mich. - Doug Collins probably dreams of the day that his Detroit Pistons will blow open a game and cruise to an easy victory.

But until that day arrives, Collins will gladly settle for victories like Wednesday's 91-86 win over Orlando, when the Pistons blew an 11-point lead in the fourth quarter.

"We never make anything easy on ourselves," Collins said. "I could see our guys deflating as the lead vanished in the fourth quarter, but I kept trying to inject some positive energy. I'm really proud of the way they pulled it out."

Detroit led 74-63 with eight minutes to play, but Orlando rallied to tie it 80-80 on Mark Price's runner with 2:24 left before Joe Dumars put Detroit ahead with a 3-pointer.

The Magic had three chances to hit a tying 3, but Price missed twice and Brian Evans once. On the last 3-point attempt, Lindsey Hunter fell down, letting Price set up for an uncontested shot, but the ball bounced off the rim.

"You don't want to know what kind of things were going through my mind at that moment," Collins said. "I can't imagine that Mark Price is going to miss a shot like that very often."

Price felt that he might have actually been too open.

"I think it threw me off," he said. "I didn't expect to have that much time to look at the basket. I'm disappointed, because that is a shot I need to make."

Grant Hill had 29 points and 12 rebounds and Jerry Stackhouse added 18 points for Detroit. Nick Anderson had a season-high 22 for the Magic.

Detroit struggled for the rest of the period, turning the ball over six times, but Orlando couldn't take advantage. The Magic had eight turnovers of their own, and Detroit still led 70-59 with one quarter to go.

The Pistons did everything in their power to let Orlando back in it, missing seven of eight free throws in one stretch. The Magic were slow to get going, but finally rallied to pull within 78-76 on Bo Outlaw's dunk with 4:09 left.

"We get a little lax when we get the lead, and that allows teams to get back into it," said Lindsey Hunter. "We have to get more consistent on defense, and stay focused for 48 minutes."

Even after missing their next four free throws, Orlando tied it on Price's basket.

"In close games like this, you have to make free throws," Magic coach Chuck Daly said. "We played much better in the second half, and we got just about the best shot we could ask for at the end."

Anderson's hot streak was helped by the fact that Detroit center Brian Williams missed the game with a sore knee, meaning that the Pistons had to constantly double-team Rony Seikaly. That left Anderson open, but when Seikaly left the game early in the tird quarter with a twisted ankle, the open shots dried up.

"With Rony in there, we had to double down in the post, and we just aren't good at doing that," Collins said. "We don't react quickly enough. So it changed the whole game when Seikaly had to leave."

Notes: Seikaly left early in the third quarter after coming down on Outlaw's foot and twisting his right ankle. Seikaly did not return, but X-rays were negative and the injury is not considered serious. ... With Williams out, and Eric Montross replacing Grant Long, the Pistons used their 13th different starting lineup of the season Wednesday.