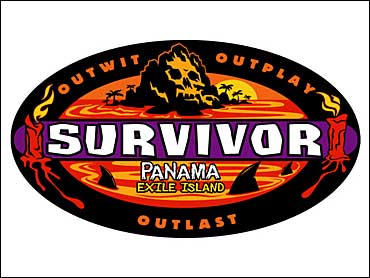 ARE, Sweden - Picabo Street, the two-time World Cup downhill champion and the top U.S. Olympic hope in that discipline, sustained bruises, an injured neck and a slight concussion during a scary crash Saturday.

Street, returning to the Olympia course where she won a World Cup race in 1995, fell on the upper part after a ski binding pre-released. The high-speed crash Street's estimated speed was nearly 75 mph occurred on the fastest and most dangerous part of the course.

She lay on the snow unconscious for approximately two minutes, but was able to walk away from the scene of the accident after a few minutes. Later, she was brought by helicopter to a hospital at Ostersund for tests.

"She's a little dizzy," Herwig Demschar, the U.S. women's coach, said. "But for me the most important thing is that the legs are OK because it's always a mental problem if you have the first crash after an injury, if you're OK or not."

Street, who never had a concussion before, came back last month after being sidelined more than a year following knee surgery.

Demschar said Street will return as planned with the U.S. team to the United States on Sunday. She'll be back on skis again Feb. 7 in Japan. The women's Olympic downhill is scheduled Feb. 14 at Nagano.

Visibly upset, Street showed her first sign of emotion when she burst into tears before she rested her face in her hands. Street wasn't crying because of her injuries.

She broke on of her favorite ski's nicknamed 'Junior'.

"That's a bad thing," Demschar said. "It was a very good ski. One good ski out of three. So we still have two to go. As a downhiller, you get attached to two or three pairs of skis that you use for two or three years sometimes."

"I didn't see it. I don't know why the binding opened up. That happens sometimes.''

Katja Seizinger won the final women's World Cup downhill before the Olympics, clocking 1 minute, 4.92 seconds down the shortened course. The German extended her lead in both the overall and downhill standings.

Sweden's Pernilla Wiberg, last year's World Cup overall champion who missed much of this season with injuries (knee and broken ribs), said "Picabo is so strong and I'm sure she will be back for the Olympics."

Hilde Gerg of Germany, who placed second in a night slalom Thursday won by Kristina Koznick of the United States, tied for fourth with Switzerland's Heidi Zurbriggen at 1:05.30 and won the combined.

It was the seventh victory four of them downhills of the season for Seizinger. The Olympic champion now leads Gerg, 1,597 points to 1,254, in the overall standings. In the downhill standings, Seizinger leads Goetschel, 520 points to 392.

The competition was held iextremely cold temperatures. In the finishing area, the temperature was just below zero.

The 2,511-meter course was shortened to 1.780 meters. Strong winds and snow forced organizers to shorten the course for two training runs, dominated by Seizinger and Street. One session was canceled.
Street's mishap came only a week after she took a season-best fourth place at Cortina d'Ampezzo, Italy. She had two 10ths in the other races she entered after her comeback.