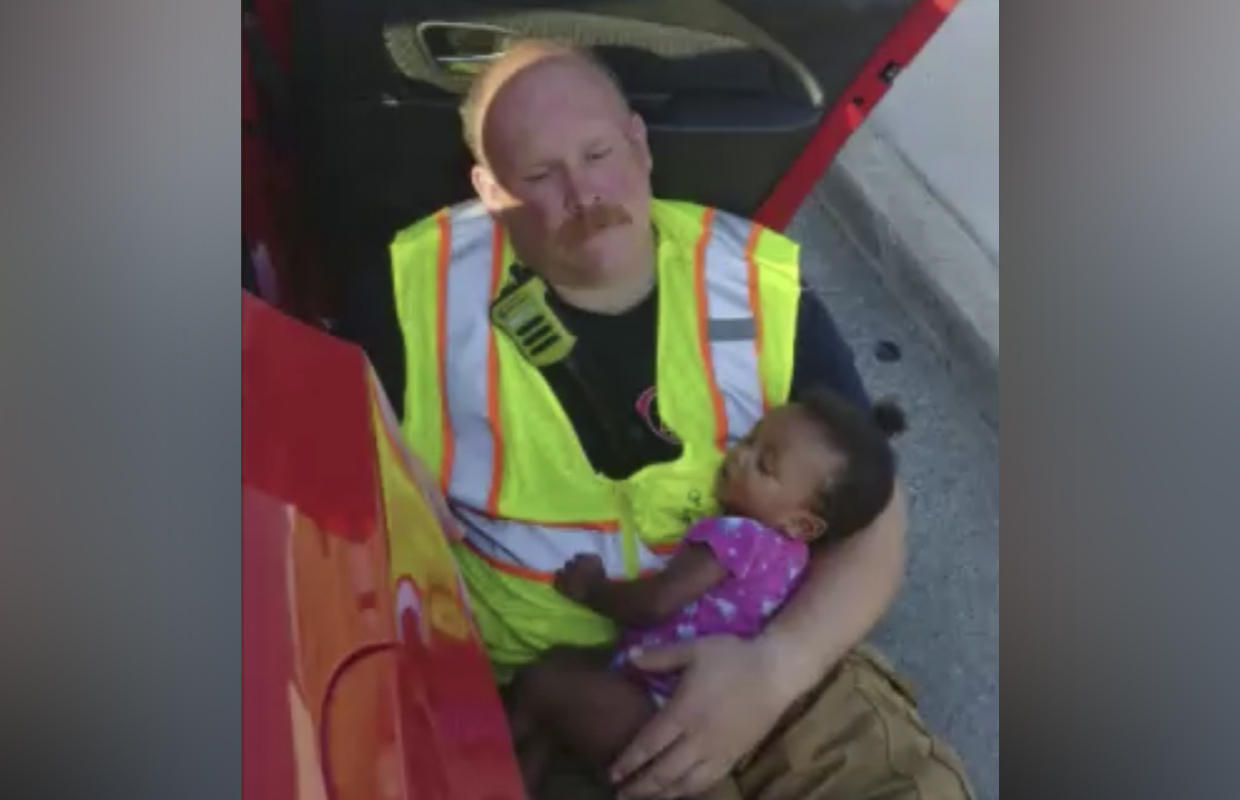 On Saturday, Captain Chris Blazek of the Chattanooga Fire Department responded to a car accident involving a pregnant woman, who was driving with her three children in the back seat.

Blazek was likely tired, as he said he had just gotten back from handling a house fire and was in the shower when Engine 6 was called to the scene of the car accident.

When he and the rest of the Engine 6 crew arrived at the crash on Highway 58, the mother and one of her children were screaming "hysterically," he said.

"The mother was hysterical because she was having abdominal and back pain," Blazek said. "The children ranged in age from 7 years to 4 months. Both big girls were fine, but the baby was screaming hysterically too." The Chattanooga Fire Department shared Blazek's story of the accident aftermath on Facebook.

They also shared a memorable photo of Blazek and one of the three kids. Blazek explained what he did when he saw the screaming child. "I took her out of her car seat and did a quick physical exam to make sure she was okay," he said.

"She immediately laid her head on my shoulder. Shortly after that I decided that my guys had the scene under control, so I decided to sit and take a break with my new friend. She immediately fell asleep in my arms," reads Blazek's caption to the Facebook photo, which has since gone viral.

The photo shows Blazek sitting on the ground and leaning against the open door of the car. In his arms is a baby girl, fast asleep against his chest. The girl, who was once hysterical, appears calm and at peace in the arms of the firefighter she just met.

"Mom was transported and Engine 6 personnel stayed on scene with the children until they were turned over to family members," the post continues. "It's moments like this, that I am reminded, this is why I do the job."

The photo was taken by Kyle Vradenburgh, a fellow Engine 6 firefighter. "For firefighters, this is what's it's all about," the department wrote above the sweet picture.