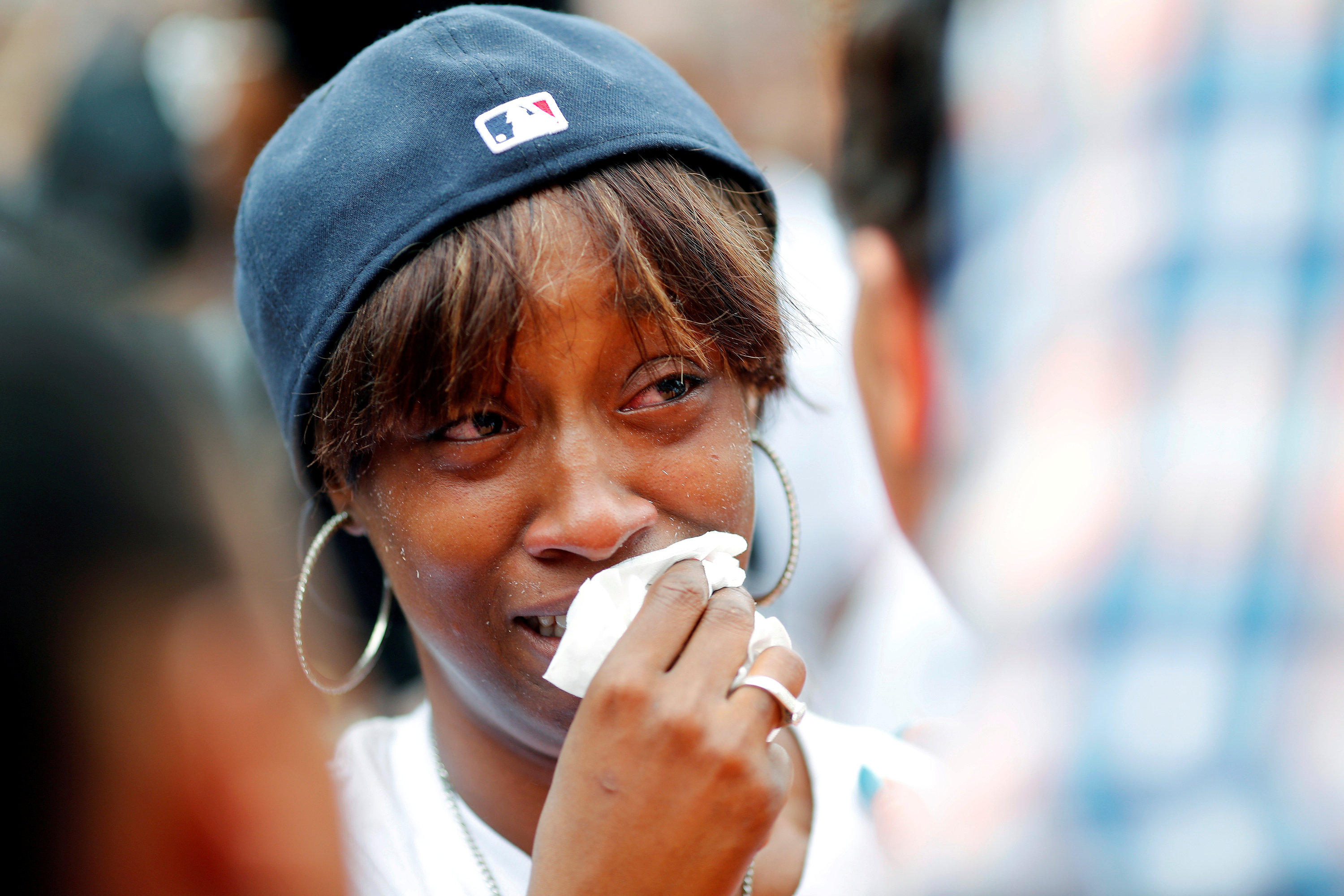 ST. PAUL, Minn. -- The girlfriend of a black motorist who was fatally shot by a police officer during a traffic stop in Minnesota testified Tuesday saying that she began livestreaming the event because she feared for her own life.

Diamond Reynolds cried as squad car video, her Facebook video and still images of her boyfriend, Philando Castile, were shown in court. Her voice broke as she identified Officer Jeronimo Yanez and explained her snap decision to record the encounter moments after Yanez fired into the car.

"Because I know that the people are not protected against the police," Reynolds said. "I wanted to make sure if I died in front of my daughter that people would know the truth."

Yanez, 29, who is Latino, is charged with manslaughter and two counts of dangerous discharge of a firearm for endangering Reynolds and her 4-year-old daughter, who was in the back seat. Castile had informed Yanez that he was carrying a gun, and Yanez's attorneys have argued he was reacting to the presence of the gun.

Defense attorneys also have argued that Castile was stoned during the stop and it affected his actions, and plan to introduce evidence he had THC - the high-producing component of marijuana - in his system the day of his death.

Attorney Earl Gray asked Reynolds -- who was arrested on suspicion of assault in a separate case -- several questions related to her marijuana use and Castile's, and Reynolds acknowledged smoking regularly. She also acknowledged marijuana was in the car at the time Castile was pulled over for a broken taillight.

Gray cited a Facebook video Reynolds posted showing her and Castile smoking pot in a car with her daughter in the back seat the day before the shooting, but Castile's use of marijuana the day of the shooting wasn't addressed in morning testimony.

In opening statements Monday, the two sides laid out narratives with a key difference: Whether Yanez ever saw Castile's gun. Castile, an elementary school cafeteria worker, had a permit to carry the weapon.

Prosecutor Rick Dusterhoft said Yanez can be heard on the video in the minutes after the shooting telling a fellow officer he didn't know where the gun was. That portion of the video wasn't played Monday.

Dusterhoft said nobody saw the gun until paramedics found it in Castile's pocket.

Defense attorney Paul Engh countered that Castile ignored his commands and reached for his gun. He said Yanez will testify that he saw Castile's hand on the grip. He said Yanez then followed his training and made an instant decision to open fire because he believed his life was in danger.

A jury of 15, including three alternates, is hearing the case in Ramsey County District Court. Two of the 15 are black.

Castile's death was among a string of killings of blacks by police around the U.S., and it renewed concerns about how officers interact with minorities. Castile's family claimed he was profiled because of his race. Minnesota Democratic Gov. Mark Dayton also injected his viewpoint, saying police likely wouldn't have fired if Castile had been white.