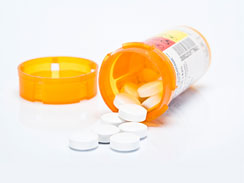 A new drug problem is emerging in the United States: an alarming national epidemic of pill popping and prescription drug abuse so bad it's being called "Pharmageddon."

The latest issue of Time magazine has numbers painting a disturbing picture: Over the last two decades, deaths from accidental drug overdoses have increased five-fold. And, for the first time, unintentional overdoses have replaced car accidents as the leading cause of accidental death in 15 states and the District of Columbia.

It's a problem Dr. Barbra Krantz describes as "the perfect storm."

Krantz, medical director of the Hanley Center, a drug treatment center in West Palm Beach, Fla., explained to "Early Show on Saturday Morning" co-anchor Rebecca Jarvisthat, "It definitely is a pandemic in the United States today, and we got there, essentially, in the late 1990s, there was a paradigm shift for treating chronic pain. And at the same time there was direct consumer advertising. So, it made the perfect storm. People now were going to their physicians, and they have arthritis, the weekend warriors, the baby boomers, and they're saying, 'I have this pain,' and doctors are over-prescribing.

"The most at risk are not the street junkies, the typical stereotype that you would think of, but the people that are working, that are educated, that have had professions that are now looking for that better living through better chemistry."

Ron Dash, a former Hanley patient and a recovering prescription drug addict, told Jarvis, "For me, it started at a very young age, at the age of 10. I had some anxiety problems and I was given a prescription for Phenobarbital. I believe that set me off in the direction of not dealing with things that bothered me and going to doctors and asking for a quick fix, something to help me feel better. Over the course of my youth, growing up in the '60s, the culture was encouraging towards social drug use. As I got into my professional career, as a professional businessman, I went to doctors and I got prescriptions for stress, and it just mushroomed and progressed from there. At the age of -- my first surgery, I was given a prescription medication for pain, Vicodin. And as I grew older, I just became slowly more and more dependent on taking medications to help me cope, get up for work and get through my day."

Krantz said there are definite signs someone could be addicted to prescription drugs:

Activities abandoned or reduced: "There's a progressive isolation that occurs in their life. Where they get to is that the drug is the only thing that's important to them, obtaining the drug."

Dependence on the drug: "Dependence, tolerance, withdrawal is another sign," Krantz said.

Duration or amount greater than intended, intra-personal consequences -- that they can't cut down or control it. And when it becomes time-consuming: "What happens," Krantz said, "is that the person finds themselves needing to take more of the prescription drug than intended or prescribed, and then they're taking friends, or they're asking friends for their drugs. We saw a serious increase in the baby boomer drug addict. About 70 percent of our patients at Hanley are baby boomers. We have special program for them now."