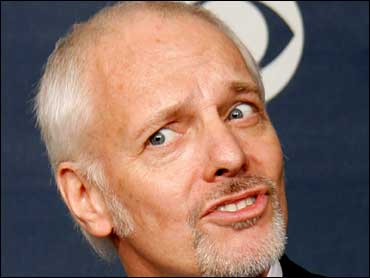 Rocker Peter Frampton is wishing someone would show him the way to keep his Barack Obama yard signs from getting swiped.

The Grammy winner is complaining that signs showing his preference for the Democratic presidential candidate have been stolen repeatedly at his home in the upscale and predominantly Republican Cincinnati suburb of Indian Hill.

Frampton, 58, is so angry, he called The Cincinnati Enquirer asking to be interviewed.

The British-born singer of "Show Me the Way" and other hits told the newspaper that one reason he became a U.S. citizen was so he could vote. Now, he says his American rights to free speech and political speech are being violated and it "bugs" him.

Frampton said he has installed a video camera to catch the thieves.

Man pushes BMW into river because he wanted a Jaguar