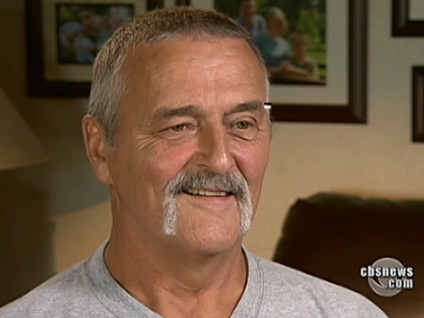 International action sensation Penelope Cruz, one of the most sought after actresses in the world, stars in "Sahara," an old-fashioned Hollywood action adventure, co-starring Matthew McConaughey.

The Spanish-born Cruz tells The Early Show co-anchor Hannah Storm she was very happy when director Breck Eisner offered her the part of Dr. Eva Rojas, a World Health Organization (WHO) doctor on the trail of a mysterious illness.

"I read the script and I felt it had something I was missing in a lot of movies, the magic of 'Indiana Jones,' and that kind of action adventure where you feel like anything can happen to you from any of the characters."

On location in Morocco, the company shot in several locations, including a lake near Marrakech, but most of the desert locations were filmed near Erfoud, a tiny town on the edge of the Sahara, near the Algerian border.

"I wasn't afraid of any of the places where we lived," Cruz says. "Sometimes, we had to sleep in tents and trailers because of the locations. They didn't have hotels. But I just went into the adventure. It was the personality of the character."

And as in any good action adventure, there is a little bit of romance. Rojas is the kind of woman who rescues Dirk (McConaughey) on more than one occasion, the kind of woman he would be interested in, Cruz says.

And it's been widely reported that after the filming wrapped, their relationship continued off screen.

Cruz, who dated co-star Tom Cruise after his highly publicized breakup from Nicole Kidman, was asked if keeping her private life private is hard to do, considering she and McConaughey are such high-profile personalities.

"At the beginning it's very confusing and you get defensive when somebody asks you. When I started in this business, I was 16. So I was very confused about people asking me. How can they be so brave? I just met you.

"But now, I deal with it in a different way. I don't talk about it. I never talk about anything private. Not only to protect not only myself, or that relationship, but to protect my family, the people around me. Once you open that door, it's very difficult to close," Cruz says.

Someone she loves talking about is Salma Hayek, one of her best buddies in Hollywood. In a recent episode of "Punk'd," Cruz played a prank on her friend in restaurant in L.A., where Hayek was being blamed for an overflowing toilet.

"I thought it was hilarious," Cruz says. "Ashton told me the story and he said, 'Women don't want to do it. But do you think it's funny with women?' And I said, 'Of course, you have to do this with women. And I'll help you. I have the perfect victim for this!' I knew that Salma was going to react in a very funny way because she's very strong and she was there in trying to bring justice to the table because they were blaming her. They were blaming us."

Now, Cruz says she has to be on alert because she knows Hayek will return the favor.