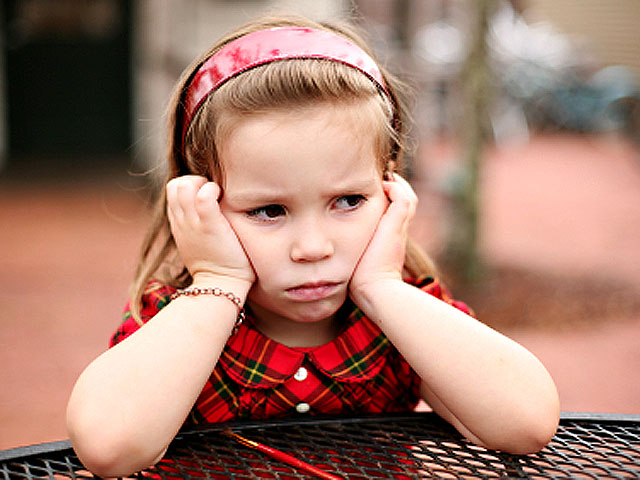 (CBS News) Nearly one in four parents or caregivers randomly observed by researchers publicly settled disputes with their child by hitting, spanking or some sort of physical contact, a new study shows.

Researchers at Michigan State University in East Lansing covertly camped out at public areas to get a realistic idea of how children are disciplined outside of a laboratory setting.

Led by Dr. Kathy Stansbury, an associate professor of human development and family studies at Michigan State, researchers anonymously observed 106 instances of discipline in a public place between a caregiver and a young child who was between the ages 3 and 5 years old.

After recording everything they saw and analyzing the date, the researchers determined that 23 percent of the youngsters received "negative touch" - including arm pulling, pinching, slapping and spanking - as discipline in public places such as restaurants or parks.

The study is published in the August 3 issue of Behavior and Social Issues.

"I was very surprised to see what many people consider a socially undesirable behavior done by nearly a quarter of the caregivers," Stansbury said in a written statement. "I have also seen hundreds of kids and their parents in a lab setting and never once witnessed any of this behavior."

The researchers also observed 35 incidences of "positive touch" as discipline, including hugging, tickling or gentle patting. Male caregivers were more likely to touch a child during discipline than female ones, and the majority of the time it was in a positive manner.

Stansbury said that too was surprising because dads are stereotyped as disciplinarians while moms are nurturers.

And the dads might be onto something - kids disciplined with positive touch were more likely to comply more often and more quickly with less fussing than those punished by negative touch. Even if a child complied after being slapped, they often pouted or sulked afterwards, the researchers observed.

Stansbury said next time a child needs discipline, she recommends a gentle, positive touch because "negative touch didn't work" in her experiment.

A recent study published July2 in Pediatrics found that kids who experience harsh physical punishment like spanking, slapping, hitting, grabbing or shoving as a regular means of discipline were significantly more likely to have a mood, anxiety or personality disorder or abuse drugs as adults.

WebMD has more information on ways to discipline children.