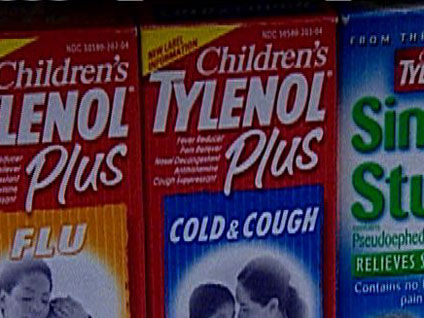 Fever phobia is rampant among parents of young children, according to a myth-busting American Academy of Pediatrics report that advises against treatment every time a kid's temperature inches up.

"There's a lot of parental anxiety about fever. It's one of the most common reasons people bring their child to the doctor," said Dr. Henry Farrar, co-author of the report and an emergency room pediatrician at Arkansas Children's Hospital.

The report was released online Monday in the journal Pediatrics.

"This is so important," CBS News medical correspondent Dr. Jennifer Ashton observed on "The Early Show" Monday. "This clinical report really focuses on parents' misconceptions of fever, and possibly errors in treating it."

"When you look at fever and the physiology behind it, really, it's not necessarily a bad thing," Ashton continued. "It's the body's response, usually, to a bacterial or viral infection, and it really kind of jump-starts the immune system and is helpful in fighting that infection. So it's really not all bad.

Most often, kids' fevers will go away without medicine and without causing any damage, doctors agree.

Parents tend to over-treat fevers, even waking up sleeping kids to give them fever-reducing medicine, Farrar said. "If they're sleeping, let them sleep," he said.

"The flip side of a fever," Ashton pointed out, "as any parent or caregiver of a child or baby knows this, is that fevers can make kids feel really crummy. They can be irritable, and in some cases, it can cause dehydration.

"The big concern of seizures (caused by high fevers) really has not been borne out in extensive data and research. So that's not usually a factor."

Ashton noted that, "In medicine, we don't consider something a fever unless it's above 100.4 degrees. When you should worry as a parent or a caregiver (is) if you have a newborn, a baby under the age of 4 months and they have a fever over 102, or really any fever at all, you want to talk to their pediatrician.

"In general, for children, you want to bring their fever down to below 102 degrees."

The report doesn't recommend any temperature cutoffs for when to treat or call the doctor.

But, Ashton added, "If they have any other signs, they're lethargic, they're inconsolable, they're vomiting, they have a rash, or the fever persists more than a few days, obviously you want to talk to their pediatrician."

Over-the-counter medicines are OK, Ashton said. "There are two basic classes of medication that work - acetaminophen, known as Tylenol, or ibuprofen, known as Motrin or Advil. Both very, very effective.

"We need to remember," she stressed, "never to give aspirin to a child who has a fever, because that can be dangerous.

"And you want to give the proper dose. All of these medications for children are dosed based on the child's weight. Not their age. Not their height. And if you look at the numbers of parents or caregivers as they treat children, 50 percent give the wrong dose, and 15 percent give too much medication. And these can potentially affect the liver and the kidneys. So you have to give the correct dose."

Study co-author Dr. Janice Sullivan, leader of an academy panel on medication treatment, reminded parents that, when giving kids fever-reducing medicine, they should be sure to use correct dosing devices, not kitchen teaspoons, which can vary widely in size and lead to over-treatment and under-treatment.

The No. 1 reason to use fever-reducing medicine is to make a sick child feel more comfortable, the authors said.

Similar rules of thumb apply for adults, Ashton said. "Both of these classes of medications will be helpful in bringing a fever down for an adult. If there are any other significant signs, stiffness in the neck, vomiting, diarrhea, a rash, or the fever persists more than a couple of days, definitely you want to speak to your doctor. "

Another exception, as far as getting medical attention for children with fevers is concerned, is children with heat stroke — a medical emergency with symptoms including fever higher than 104 degrees, hot dry skin and rapid pulse caused by overexposure to heat and not enough fluids, according to Sullivan.

Children with special medical needs, including certain heart conditions, also should be seen by a doctor when their temperatures are mildly elevated, Sullivan said.

Dr. Margaret Scotellaro, a pediatrician at Rush University Medical Center in Chicago, said the report "is right on."

She said she and her staff spend lots of time handling calls from parents anxious about their kids' fevers.

"Some feel that an illness changes from being something insignificant to something serious as soon as the temperature rises, which is really not true," Scotellaro said.

She said the report will help her relay that message.