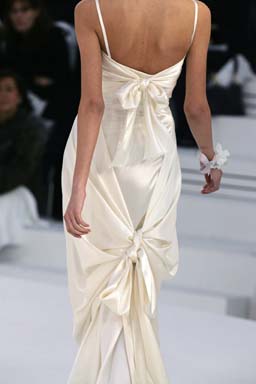 Eric Davis has been a leader as Baltimore tries to overcome its awful first half.

"I feel good right now, but the important thing today is we didn't let this game get away and came back to win," said Davis Saturday after going 4-for-4 and extending his hitting streak to 30 games in a 9-8, 10-inning victory over the Cleveland Indians.

Baltimore took a 7-1 lead, nearly blew it when Armando Benitez gave up two runs in the ninth, then won it on Brady Anderson's homer leading off the 10th.

"When it was 7-1 we didn't anticipate this kind of game," said Davis, on the longest hitting streak of his career, "but Cleveland is a tremendous team, especially at home."

Baltimore, which routed Cleveland 15-3 Friday night, is 27-7 since the All-Star break. Cleveland, which got a career-high four RBI from Richie Sexson, is just 16-20 since the break.

Davis' hitting streak is the longest since Boston's Nomar Garciaparra had a 30-gamer from July 26-Aug. 29, 1997. But the Orioles nearly were undone by Benitez (5-3), who blew a save for the second time in 19 chances.

"Mondo just didn't have it together there," Orioles manager Ray Miller said. "Fortunately we got out othe inning, and before Brady's ball landed in the seats, I was in the clubhouse having a discussion with Mr. Benitez. He went back out there and won the ballgame."

Anderson then connected on the first pitch of the 10th from Doug Jones (0-1).

"I went up there being aware that he has a great changeup," Anderson said. "It was the change, but you can't sit and wait for that pitch because he has a good fastball, too. I just trusted my eyes and hit it."

Sexson was 3-for-5 with two doubles and a bases-loaded triple but flied out with the bases loaded and two outs in the ninth.

"It seemed like Benitez was walking everybody before me, then I got in the box and he was hitting the black," Sexson said. "I got a pitch to hit but popped it up."

Cleveland's Dave Burba, in his first start since leaving an Aug. 4 game against Anaheim because of a sore right forearm and tight left hamstring, was tagged for seven runs and 11 hits in three innings.

"I feel fine," Burba said. "It was probably a lot of things that hurt me today. Bad mechanics, overthrowing, a few bad pitches, seeing-eye hits."

B.J. Surhoff hit a two-run double in the third and Chris Hoiles, who tied a record with two grand slams Friday, followed with a two-run single for a 5-1 lead.

Cleveland closed to 7-5 in the sixth on Fryman's RBI single and Sexson's three-run triple, which chased Juan Guzman. Sandy Alomar then singled in a run off Pete Smith.