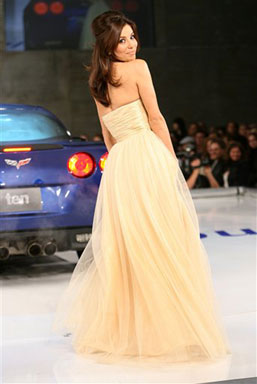 Yogi Berra was back and Dave Winfield made his New York Yankees Old-Timers Day debut. But most of the players gathered Saturday at Yankee Stadium talked more about who was missing than who was there.

Joe DiMaggio died in March, Whitey Ford is recovering from the loss of his son Tommy to a heart attack earlier this week and Jim "Catfish" Hunter is in a North Carolina hospital suffering from Lou Gehrig's disease.

"Everybody would like to see Whitey here. That's a shame," said Berra, who is at his first Old-Timers Day since 1984, after ending a 14-year feud with Yankees owner George Steinbrenner in January.

"Catfish is another sad story. It's hard to talk about it. Everybody's pulling for him."

Berra, who is attending his sixth game this season at Yankee Stadium, was the main attraction for the fans. They gave him a lengthy standing ovation as he wore a Yankees uniform for the first time since being fired as manager in 1985.

Berra wasn't the only player making a return to Yankee Stadium. Dave Winfield, who played with the Yankees from 1981-90, attended his first Old-Timers Day since reconciling his own feud with Steinbrenner.

"The bad stuff is all behind us," said Winfield, who received one of the loudest ovations from the crowd. "I'm glad to be here today. I feel like a part of this family."

It is a family that has endured much sadness in the past year, from Darryl Strawberry's learning he had colon cancer last October to manager Joe Torre missing the beginning of the season with prostate cancer to the deaths of DiMaggio in March and his son earlier this month.

Hunter's story is perhaps the saddest of all. He is in critical condition six days after he hit his head on concrete steps at his home. The 53-year-old Hunter remained in the intensive care unit.

"It's sad how bad things like this happen to good people," said Graig Nettles, Hunter's teammate for five seasons.

Hunter, who won 224 games and five World Series rings during his Hall of Fame career with the Athletics and Yankees, was diagnosed last year with amyotrophic lateral sclerosis Lou Gehrig's disease, a gradual, irreversible deterioration of the muscles.

"It's hard to read about what's happening to him," Ron Guidry said. "He meant so much to us as a player and a friend. You take it personally when something like that happens to a close friend."

The Yankees had a moment of prayer for Hunter before playing the 53rd Old-Timers day.

"We all talked about him last night," Ed Figueroa said. "We loved that guy. We hope he will be here next year with us."