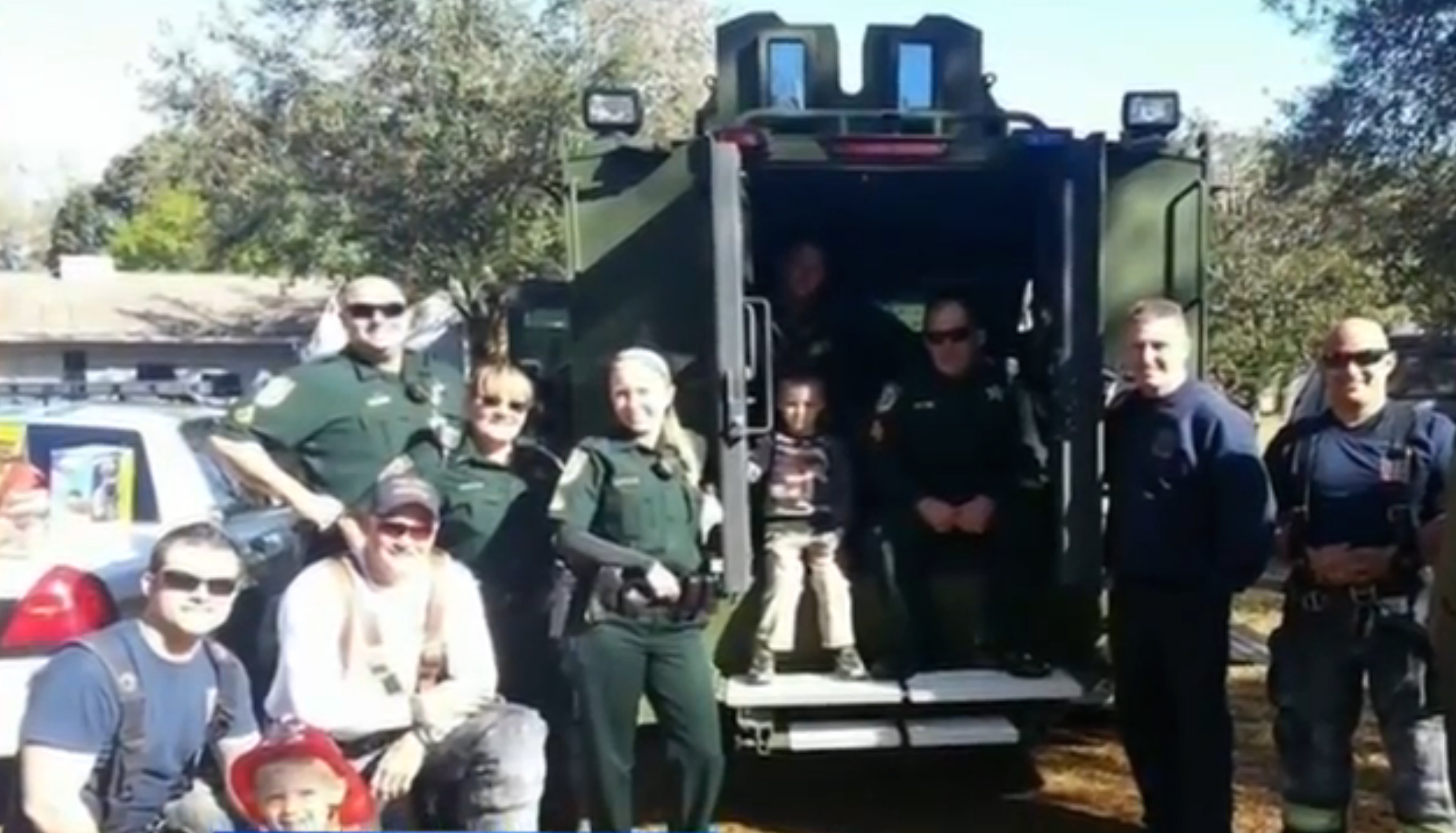 All it took was a Facebook post, the kindness of strangers and eventually a helicopter to save the day for a 6-year-old Florida boy.

For Glenn Buratti's birthday, his mother Ashlee Buratti said she invited his entire class over for a party. When none of the 16 kids showed up, her son was devastated.

"To see the look on his face killed me inside," Buratti told CBS News Orlando affiliate WKMG. Her son, who is autistic, was so saddened by the absence of guests, she said, that he refused to smile.

"I know this might be something silly to rant about, but my heart is breaking for my son," she wrote in a post on Facebook. "He keeps asking 'when will my friends get here?'"

The post sparked an immediate response from her community. Buratti said complete strangers responded, and shortly after her posting, kids and their parents began bringing gifts.

Then the police got involved. The county sheriff's office near her house in St. Cloud, Florida, orchestrated their own gift: A flyover from the the sheriff's helicopter.

"Glenn just smiled the whole time and waved," Buratti said. "It was amazing."

Deputies bought Glenn more presents, and, the next week, sheriff's cars, police dogs and fire trucks paid him a visit at the same time.

"We got to the stop sign by our house and Glenn was like: 'The fire truck's at our house!'" Buratti recalled. "I said, 'It's okay, They're there to tell you happy birthday.'"

The fact that a simple online "rant" could save her son's birthday restored Buratti's faith in the human spirit.

"The amazingness of everybody coming together for somebody they didn't even know, a kid that didn't have anybody come to his birthday party, it warmed my heart."