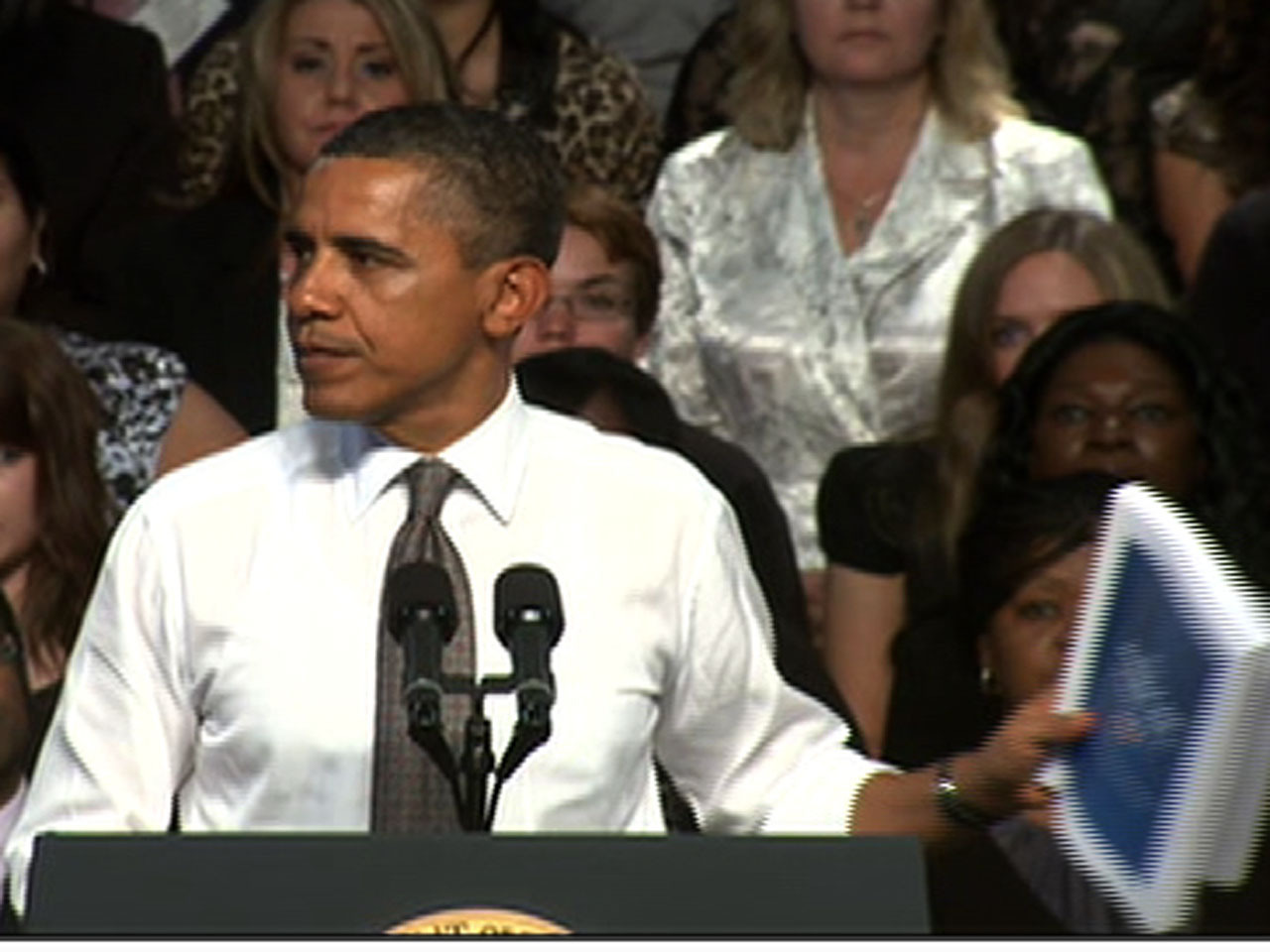 During Obama's pivot toward deficit reduction after the 2010 election, culminating in the vain attempt to fashion a "Grand Bargain" with Republicans during the debt limit negotiations, pundits repeatedly asserted that his approach might tick off his base but would yield dividends with independents and swing voters.

Instead, the strategy turned out to be a flop on both levels. His support did decline among base voters but even more among independent voters. That's because, as the economy continued to deteriorate, Obama only succeeded in making himself look weak and ineffective in dealing with the nation's most important problem. On this, both base and swing could agree.

Now Obama has taken a very different tack. He is relentlessly pushing a $450 billion jobs plan that, according to independent economists like Mark Zandi, would add 1.9 million jobs, cut unemployment by a point and raise GDP by 2 points. He proposes to pay for the program by raising taxes on the wealthy. And, instead of backing down under GOP intransigence, he is calling them out for refusing to act on jobs and coddling the rich. This switch has elicited a predictable round of tut-tutting from sections of the punditocracy who assert that, while this approach might yield dividends from Obama's demoralized base, he will lose as much or more from independents, moderates, and swing voters who will be appalled by its big price tag and confrontational nature.

Recent polling data confirm that Obama's strategy is paying off with both base and swing voters. In the most recent Washington Post/ABC poll, Democrats say they trust Obama over the Republicans in Congress to create jobs by 79-8, up from 69-11 in September. And Independents, too, now favor Obama on jobs, by 44-31, a big shift from 37-42 in September. And not only do Democrats support Obama's jobs plan and believe it will improve the jobs situation, but so too do independents, by margins of 47-38 and 52-44, respectively. Moderates, meanwhile, are even more enthusiastic--support figures among this group are 5-9 points higher than among Independents on all these questions. As for raising taxes on the rich: Bring it on! By 65-28, Independents favor raising taxes on households with over a million dollars in income.

So far, so good. But will the strategy pay off over the long haul? There is good reason to believe that the current strategy is Obama's optimizing strategy, provided he consistently implements it--a big if given Obama's track record. But if he sticks to the strategy, it will help him accomplish three big things that will both mobilize his base and win over swing voters, thereby maximizing his re-election chances. The first is improving the actual economy. Obviously, Republicans have little interest in moving on Obama's jobs plan, but pressing the issue and mobilizing public opinion is probably the only way to get even parts of it through Congress. And Obama desperately needs improvement in the economy by any means necessary. It is by far his biggest negative, but a negative that can be mitigated by even moderate growth during the election year.

Second, Obama needs to create as much uncertainty in the minds of voters as possible about who is responsible for current economic conditions. As incumbent, he will inevitably get most of the blame, but there is a lot of difference between most and all. The current strategy is perfectly designed to create that uncertainty by identifying Republicans as the obstacle to jobs growth.

Third, Obama needs to put issues in play where he is overwhelmingly on the side of public opinion and his opponent has unpopular positions that he cannot wiggle out of. The current strategy does that as well by highlighting GOP refusal to raise taxes on the rich, even in the name of creating jobs. The GOP commitment to protecting the rich can (and will) be fruitfully connected to known GOP commitments like ending Medicare and slashing Social Security.

None of this is to say that Obama's new strategy guarantees him re-election. Far from it; the state of the economy, even if it does improve somewhat, means a very tough slog for the president. But the new strategy, far from alienating swing voters to appeal to his base, is well-designed to succeed with both groups and put him that much closer to a second term.

Bio: Ruy Teixeira is a Senior Fellow at the Center for American Progress Action Fund. The opinions expressed in this commentary are solely those of the author.