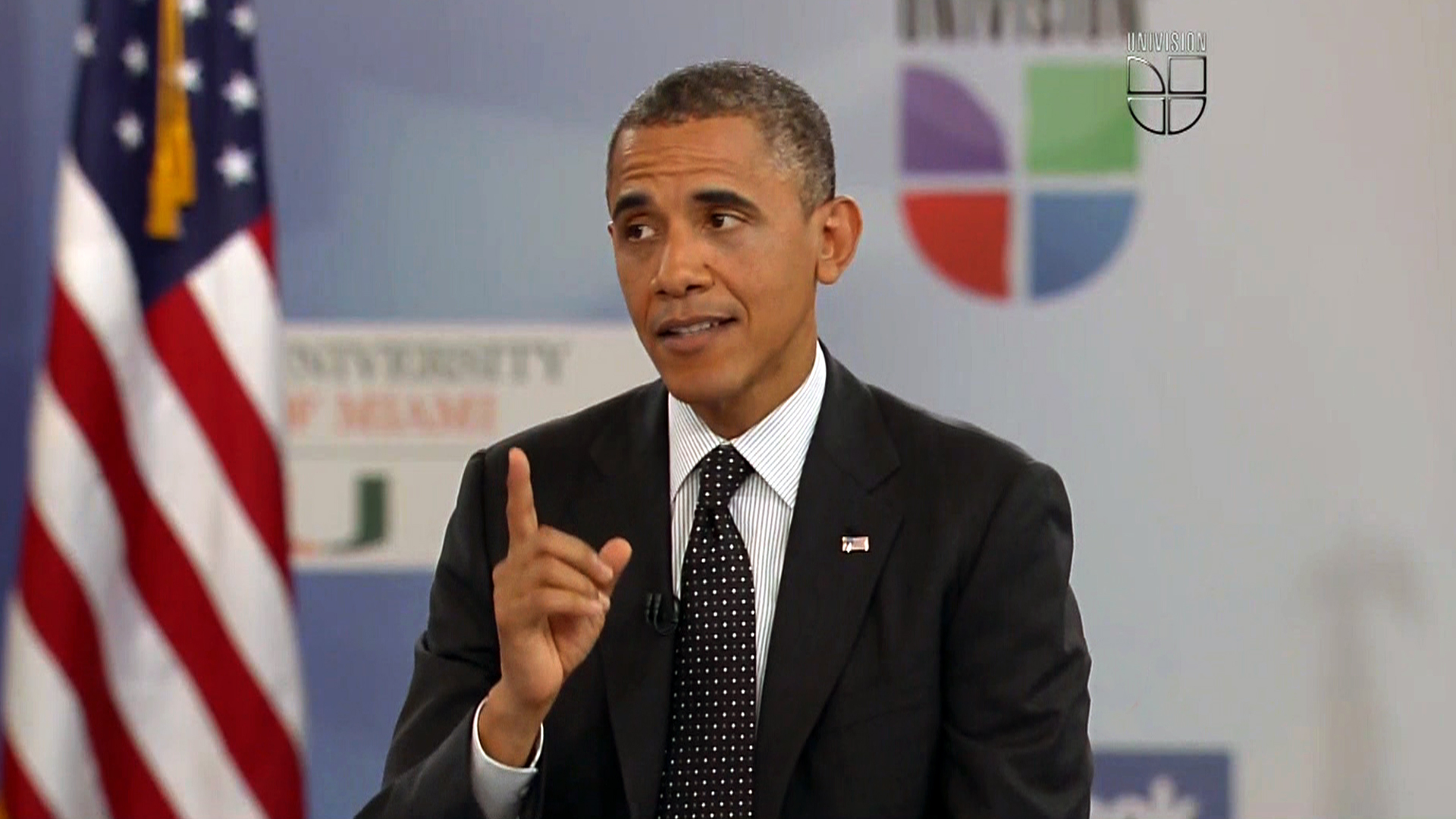 President Obama says he is "confident" that, if reelected, he will oversee passage of immigration reform next year, in part because Republicans will have an interest in reaching out to a growing Latino voting bloc they have "alienated" in recent years.

Mr. Obama made the comment in an off-the-record phone conversation with the publisher and editor of the Des Moines Register days ahead of that newspaper's scheduled announcement of an endorsement in the presidential race. After the Register's editor publicly argued that the 30-minute conversation should be available to all voters, the Obama campaign released the transcript.

"The second thing I'm confident we'll get done next year is immigration reform," Mr. Obama told the newspaper. "And since this is off the record, I will just be very blunt. Should I win a second term, a big reason I will win a second term is because the Republican nominee and the Republican Party have so alienated the fastest-growing demographic group in the country, the Latino community. And this is a relatively new phenomenon. George Bush and Karl Rove were smart enough to understand the changing nature of America. And so I am fairly confident that they're going to have a deep interest in getting that done. And I want to get it done because it's the right thing to do and I've cared about this ever since I ran back in 2008."

In the 2008 campaign cycle, Mr. Obama promised to overhaul immigration in his first year in office. Though he called for comprehensive reform in June of 2009, the effort got little push from the White House and went nowhere. The president told Univision in September that his failure to do so was tied to the economic crisis, which prompted him to put economic issues first. He added: "And what I confess I did not expect -- and so I'm happy to take responsibility for being naive here -- is that Republicans who had previously supported comprehensive immigration reform -- my opponent in 2008, who had been a champion of it and who attended these meetings -- suddenly would walk away. That's what I did not anticipate."

After Congressional Republicans blocked the "DREAM Act" designed to provide a path to citizenship for certain illegal immigrants brought to the United States as children, Mr. Obama announced in June that his administration would institute a stopgap policy similar to the DREAM Act. The policy stopped deportations of illegal immigrants who were brought to the United States before they turned 16 and are younger than 30 who also met other requirements, including not having a criminal history. "In the face of a Congress that refuses to do anything on immigration," he said later. "...I will take action where I can."

Mitt Romney, who took a hard line on illegal immigration during the Republican primary process, said earlier this month he would maintain the policy if elected. At a secretly-recorded fundraiser earlier this year, Romney said "we are having a much harder time with Hispanic voters, and if the Hispanic voting bloc becomes as committed to the Democrats as the African American voting bloc has in the past, why, we're in trouble as a party and, I think, as a nation." Polls show the president leading Romney among Latinos by a wide margin.

In his conversation with the Register, Mr. Obama also predicted that "in the first six months" a deal on deficit reduction will get done, due in part to the looming expiration of the Bush tax cuts and the "sequester" mechanism set to kick in at the end of the year.

"It will probably be messy. It won't be pleasant. But I am absolutely confident that we can get what is the equivalent of the grand bargain that essentially I've been offering to the Republicans for a very long time, which is $2.50 worth of cuts for every dollar in spending, and work to reduce the costs of our health care programs," he said.

Continued Mr. Obama: "And we can easily meet -- "easily" is the wrong word -- we can credibly meet the target that the Bowles-Simpson Commission established of $4 trillion in deficit reduction, and even more in the out-years, and we can stabilize our deficit-to-GDP ratio in a way that is really going to be a good foundation for long-term growth. Now, once we get that done, that takes a huge piece of business off the table."

"It's a fascinating glimpse into how President Obama has taken the Hispanic community for granted for the past four years. He's caught making secret promises to an editorial board in Iowa, which also happens to be a promise he made in 2008, a promise he failed to keep, and a promise he doesn't repeat publicly. The whole episode underscores why millions of Hispanics are deeply disappointed with President Obama. Hispanics view President Obama as a weak leader who makes promises he can't keep and has pursued policies that have failed all Americans."