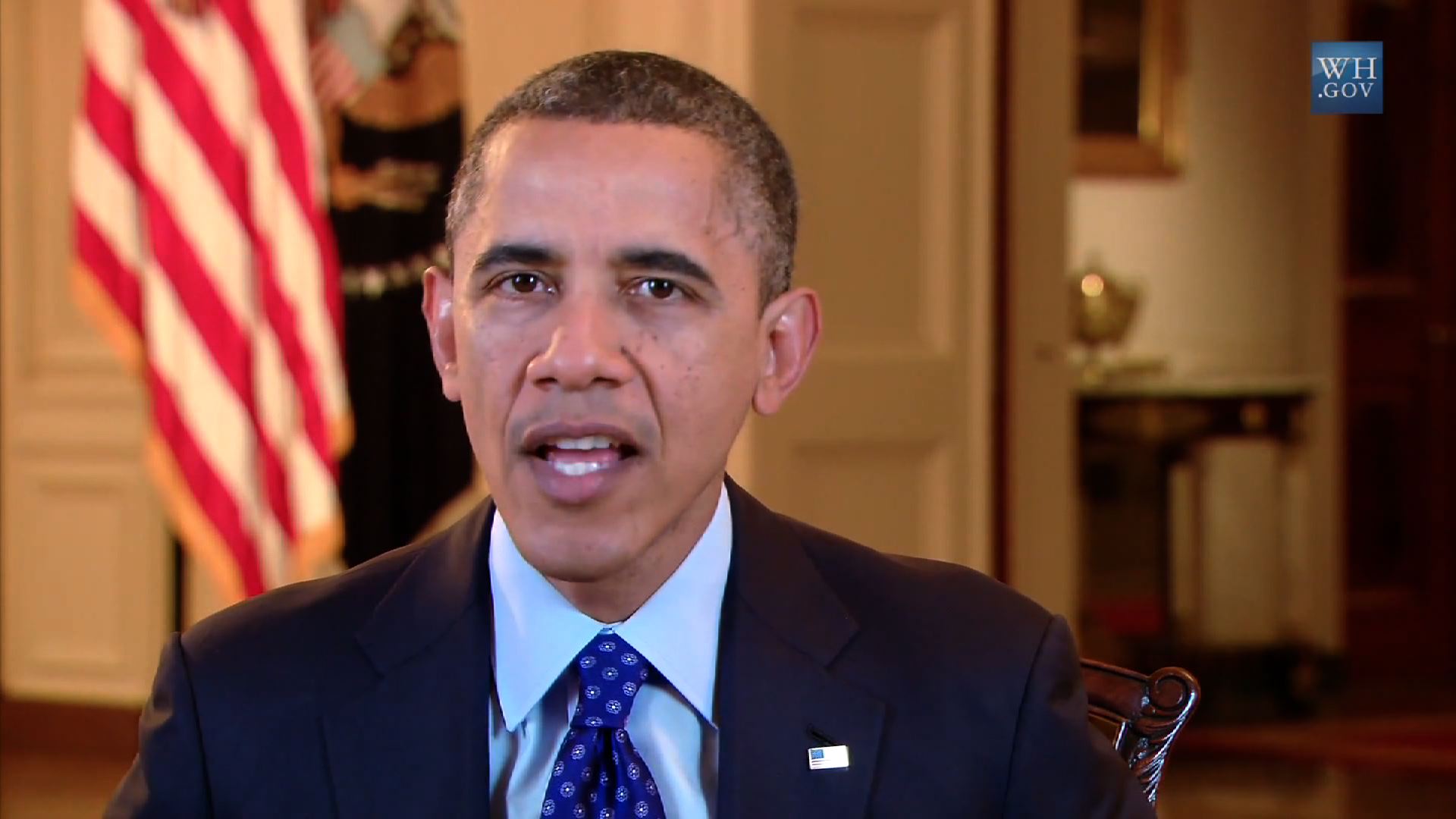 Hoping to "give families and businesses some good news going into the holiday season," President Obama in his weekly address continued to call on House Republicans to get on board - and soon - with a bill to extend the Bush-era tax cuts for Americans making less than $250,000 a year.

"We face a very clear deadline that requires us to make some big decisions on jobs and taxes; on investments and deficits," he said, referring to the so-called "fiscal cliff," a series of tax hikes and spending cuts set to go into effect Jan. 1 which could hurl the United States into a dangerous recession. "Both parties voted to set this deadline. And I believe both parties can work together to make these decisions in a balanced and responsible way."

The president echoed congressional leaders' statements that their meeting Friday at the White House to try to come up with a workable compromise was "constructive." In brainstorming how to "reduce our deficit in a way that strengthens our economy and protects our middle class," he said, "everyone agreed that while we may have our differences, we need to come together, find solutions, and take action as soon as possible.

"If anything, that's the message I heard loud and clear in the election: Work as hard as you can to make our lives better, and do it together," Mr. Obama continued. "Don't worry about the politics; just get the job done."

Republicans in Congress have consistently balked at any plan to extend tax cuts that does not include the top two percent of wealthy Americans. Democrats argue that allowing the lower rates to expire for the very rich is the only feasible way to generate revenue.

In the meantime, though, "We shouldn't hold the middle class hostage while Congress debates tax cuts for the wealthy," the president said. "Let's begin our work by actually doing what we all agree on: Let's keep taxes low for the middle class."

Delivering the GOP response, Sen. Kelly Ayotte, R-N.H., tried to make the case for tax reform - which she believes both sides agree should be done - to eliminate loopholes and preferences as a revenue generator that "makes much more sense than raising tax rates, which will harm nearly a million small businesses and cost hundreds of thousands of jobs."

But in spite of the disagreements, Ayotte suggested, the year's-end deadline forcing Congress to deal with taxes and spending "provides an opportunity for both parties to change our country's irresponsible spending path." The nearly $500 billion in additional defense cuts, she used as an example, is something Republicans and Democrats agree would "hollow out our military and cost jobs."

"One thing is clear: doing nothing is not an option," she said. ""Failure to stop this combination of tax hikes and arbitrary spending cuts threatens to throw our country's economy back into recession - at a time when millions are still out of work. This is a test we cannot fail."