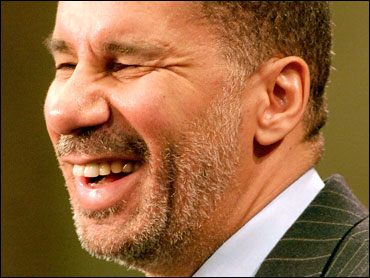 Gov. David Paterson said Monday he used cocaine in his 20s and smoked marijuana when he was younger.

In reference to cocaine, Paterson, 53, said in a television interview that he "tried it a couple of times" when he was "about 22 or 23."

"And marijuana probably when I was about 20," he said on the NY1 cable news station. "I don't think I touched marijuana since the '70s."

He said "more Americans have tried a lot more during that period of time and gone on to lead responsible lives and hopefully have lived their lives to their fullest."

Paterson was lieutenant governor under Gov. Eliot Spitzer, who resigned this month amid a prostitution scandal.

Last week, Paterson and his wife, Michelle Paterson, disclosed they each had committed adultery several years ago during marital strife. The couple were separated for a "couple years" at the time, David Paterson said Monday.

In Monday's interview, Paterson pointed out that he had acknowledged to a television journalist after a 2006 gubernatorial Democratic primary debate that he had used illegal drugs.

The NY1 interviewer, Dominic Carter, noted that few people paid attention to Paterson's revelation in 2006 because he was running for lieutenant governor.