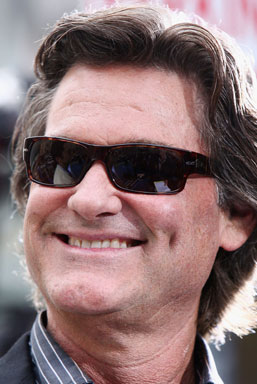 Van Exel hit a crucial 3-pointer in overtime that erased Minnesota's final lead as the Denver Nuggets snapped a 10-game road skid with a 107-104 victory over the Timberwolves.

The Nuggets, who had dropped five straight games entering the All-Star break, trailed 104-103 when Van Exel, who's been bothered by a strained right groin, swished a long 3 from the right wing with 34.2 seconds left.

"That's why we call him `Nick at Night,' " James Posey said. "He takes those big shots."

Van Exel missed 14 of 24 shots, but was flawless when he was needed most.

"I'm used to it," said Van Exel, who scored 25 points. "I missed some before, but I said to myself, one of them is going to fall. I'm not going to back off on a shot."

Brandon missed nine of 15 shots, finishing with 12 points and 12 assists. He misfired a 3-pointer during a 4-on-1 break late in the fourth quarter and dribbled off a teammate's foot for a turnover in the closing seconds of overtime.

The teams ended regulation tied 100-100 after going the final 1:41 without scoring. The Nuggets had a chance to avoid overtime but George McCloud's inbounds pass from halfcourt with 1.1 seconds left glanced off Antonio McDyess's fingertips beneath the basket.

Brandon, who was rusty in his first start since spraining his left ankle against Utah on Jan. 20, turned the ball over with 28.4 seconds eft when he dribbled off teammate Kevin Garnett's right foot on a pick-and-roll.

"That's just unfortunate for us and great for them," said Brandon, who said his ankle was sore but his spirits high after returning from a six-game absence.

Van Exel missed a 12-foot jumper but Raef LaFrentz got the rebound and dished to McCloud, who was fouled by Sam Mitchell with three seconds left.

McCloud made one free throw for a 107-104 lead. Following a timeout, Mitchell fed Brandon on the left baseline but his desperation shot was several feet short.

Brandon said it wasn't surprising he had an off-night.

"It's hard to practice one day and get thrown in with the wolves. And I wasn't expecting to go 42 minutes," Brandon said.

The teams also played an overtime period at Denver on Feb. 5, with the Wolves winning 105-97.

McDyess fouled out with 3:21 left in overtime, finishing with 23 points and six rebounds, most of them while facing Garnett.

"He's so darn hard to guard," Garnett said. "There ain't too much he doesn't do well. He's one of the top forwards in the league and he had a great night. He makes that team go and Nick Van Exel is the gas."

Garnett, who played 35 minutes in the All-Star Game on Sunday because Karl Malone and David Robinson played sparingly, had 24 points, 11 rebounds and six assists.