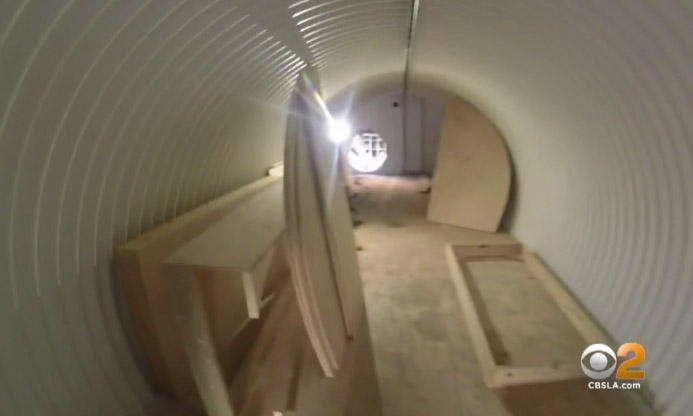 LOS ANGELES -- The world is on edge, as the threat of a nuclear attack seems more real than it's been in decades, notes CBS Los Angeles.

Earlier this week, North Korea showed off its new missile, which arced over 1,000 miles into space before splashing down into the Sea of Japan.

As North Korea moves closer to nuclear attack capability, Californians may also be moving closer to the realization of a nuclear strike, as highlighted in Pyongyang's latest propaganda video.

And Californians are beginning to take action.

Ventura County released a series of public service announcements to help people prepare for the unthinkable.

Robert Levin, public health officer for Ventura County, says you can survive a limited nuclear blast by remembering one simple message: "Get inside, stay inside, stay tuned."

During the Cold War, Americans were instructed to duck and cover in the event of a nuclear explosion, and that advice still holds true today.

"First you duck, and then you cover," said Levin. "It's just really important to know what to do."

He says after a blast, you should try to get as close to the center of a building as you can and stay inside to avoid nuclear fallout.

If you do get covered in fallout; don't panic, immediately remove any contaminated clothing, and rinse your body using soap and shampoo.

"Once they wash and shampoo out of the shower, they're 99 percent free of any fallout," said Levin.

Some are taking precautions to a different level.

Brian Fowler, with Atlas Survivor Shelters in Montebello, says he's never been busier selling underground bomb shelters to people all over the world.

The steel shelters are installed 20 feet below ground and range in price from $19,000 to $165,000, and can have features as luxurious as showers, couches and big-screen TVs.

"You want to make sure you're prepared today for what's going to happen tomorrow," Fowler said.

So who's buying them?

"You never know what's going to happen in the future, so we want one to be secure," said one woman who did not want her identity revealed to keep her shelter a secret.