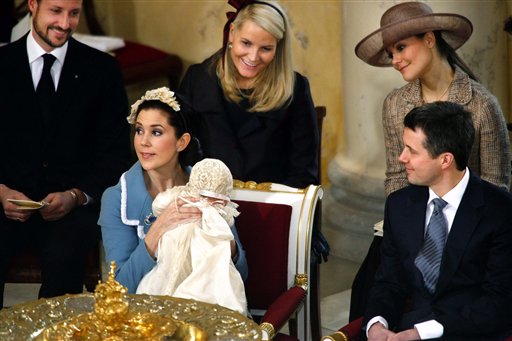 Phase 1 of the Hideo Nomo Project didn't show the Mets anything other than there's still plenty of work to be done.

Nomo pitched five inconclusive innings for a no-decision in his debut with New York, which lost 5-4 Tuesday night when the Tampa Bay Devil Rays scored an unearned run in the 11th inning.

After not knowing which pitcher they had acquired from Los Angeles last week the dominating Nomo of three years ago or the one who has struggled to a 2-7 record this season the Mets were anxious to see the Japanese right-hander take the mound.

"I didn't think there was anything good about tonight's pitching," the Japanese pitcher said through an interpreter. "I need to improve my control to get a better performance."

Unhappy with his situation with the team that brought him over from Japan, Nomo had lost five of his last six starts before the Dodgers dealt him. The Mets hope that a change of scenery in addition to being reunited with former Dodgers batterymate Mike Piazza will help Nomo revive his career.

But as was his problem with Los Angles, Nomo struggled with his control throughout. He gave up five hits and four runs, but walked three, threw a wild pitch and balked home the tying run in the fifth.

Valentine, though, said he did learn some things about Nomo's current state.

"I guess a lot of the crazy doubts are erased now and I have normal expectations of him being a big league starter and pitcher who'll help us win a lot of games."

Nomo's night was over after 79 pitches and long before John Hudek (0-3) put two on with walks in the 11th. He got one out and looked like he might get out of the inning when Randy Winn hit a grounder toward the middle that shortstop Rey Ordonez stopped and tried to shovel with his glove to second baseman Luis Lopez.

But Lopez dropped the ball, loading the bases for Quinton McCracken, who followed with his sacrifice fly to right.

Jim Mecir (2-0) pitched 2 2-3 innings of relief for the win and Roberto Hernandez got three outs for his 12th save.

The Mets had the potential go-ahead run thrown out at the plate in the eighth and left the bases loaded in the 10th.

"We had are chances," Valentine said.

But there were some and the Mets will have to wait to see if Nomo can be a reliable No. 5 starter.

"There will be other starts," Nomo said. "You have to look at this in the long term."

John Olerud hit a two-run double and Carlos Baerga doubled in another as the Mets gave Nomo a 4-1 lead in the third.

Tampa Bay came right back with two runs in the fourth, helped by Nomo's wild pitch. Fred McGriff's double made it 4-2 and Dave Martinez followed with an RBI single.

Nomo got the first two outs in the fifth before walking Winn and giving up a bloop single to McCracken, sending Winn to third. Nomo was in the stretch and had an 0-2 count on Wade Boggs when home-plate umpire Mark Hirschbeck called a balk.

Valentine didn't argue the call, but did visit Nomo after he walked Boggs. Nomo then ended his night by striking out McGriff looking for the second time.

Nomo quickly found out that the Devil Rays, who didn't get a hit until the seventh on Monday, weren't going to make things easy. He also learned that New York fans aren't as laid back as their Southern California counterparts.

The crowd roared when Nomo's first pitch to Winn was a strike and there were scattered boos after Winn tripled before scoring on Boggs' groundout.

"Nomo looked crisp at times and not so crisp at others," Tampa Bay manager Larry Rothschild said.

Notes: Boggs moved past Charlie Gehringer into 35th place on the career hits list. Boggs has 2,839 hits. ... Nomo also got a no-decision in his major league debut at San Francisco on May 2, 1995. ... Nomo's ERA is 6.75 in his last four starts. ... Tampa Bay, which entered the game tied with Baltimore for the fewest errors in the AL, has made four in two games. ... Devil Rays pitcher Rolando Arrojo has yet to return to the team after being granted time away for personal reasons.