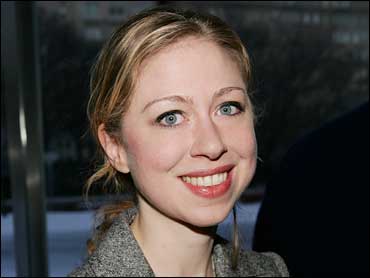 Jennifer Rodriguez joined the fun later, capturing a speedskating bronze in the 1,500 meters - the second bronze of the games for the former inline skater from Miami. The four medals was the most for the United States in a single day here.

Apolo Anton Ohno, showing no signs of the leg injury he suffered Saturday, returned to speedskating's short track Wednesday night in hopes of adding to the haul. The 19-year-old finished second in his 1,500-meter heat to advance to the semifinals. The finals were later Wednesday.

On a snowy day at the skeleton track, the Americans swept medals in both the men's and women's events - the latter punctuated with a silver medal by Parsley in a 1-2 U.S. finish.

In perhaps the most emotional moment of the Olympics, Shea raced with a funeral card of his grandfather inside his helmet - and then waved the card in victory after claiming the gold medal in the first skeleton event since 1948.

"My grandpa was with me the whole way," said a beaming Shea, whose father and grandfather were both U.S. Olympians.

Jack Shea, who died Jan. 22, was the first double gold medalist in the Winter Olympics, winning two speedskating events at the 1932 Lake Placid Games. Jim Sr. competed in three cross-country events at the 1964 Innsbruck Games; he wept while his son competed, and then celebrated with him at the bottom of the run.

About 30 minutes later, Gale - her hair streaked red, white and blue - zipped down her home course to claim an unlikely gold medal. Gale, a Salt Lake City resident, was a competitive alpine skier for 10 years before trying skeleton.

She had never finished higher than eighth in a World Cup race before collecting the gold. Just one-tenth of a second behind was silver medalist Parsley.

Rodriguez's bronze medal gave the United States eight medals in eight long-track events, equaling the 1980 team as the most prolific in U.S. history.

Rodriguez's late charge knocked teammate Chris Witty off the medal stand as she sought her second medal of these games and fourth overall. Witty, who was recovering from mononucleosis, said she felt awful afte the race.

"This is the most pain I've ever had," she said. "I couldn't see straight. My head was pounding."

Brooks, coach of the U.S. hockey team for the first time since 1980, has his team in the Olympic semifinals after a 5-0 victory over Germany. And their opponent - just like it was 22 years ago - is the Russians.

The Americans, behind goals from linemates John LeClair and Brett Hull, breezed past Germany behind the shutout goaltending of Mike Richter.

Earlier, a surprised Swedish goalie Tommy Salo took a sailing puck in the head ... and stood helplessly as it trickled into the net behind him. Within minutes, the entire Swedish hockey team had their heads hanging.

Underdog Belarus, on Vladimir Kopat's fluke goal with 2:24 remaining, stunned the heavily-favored Swedes 4-3 in one of the biggest hockey upsets in Olympic history.

The Swedes, who outscored their opponents 14-4 in winning their first three games, lost their shot at a medal. Belarus - listed as a 10-million-to-1 shot to win the gold medal - moved into the semifinals.

Only two others had previously taken four gold medals in one Winter Olympics: American speedskater Eric Heiden, with five in 1980, and Russian speedskater Lydia Skoblikova, with four in 1964.

"This is very special," said Bjoerndalen, who said later he would skip Saturday's 50K cross-country race and a chance at a fifth gold.

That's the medal count in the women's Alpine skiing events, where Janica Kostelic of Croatia won her second gold - and third medal overall - in the women's slalom.

Kostelic, who won gold in the combined and silver in the Super G, braved a heavy snowfall to take the slalom. Laure Pequegnot of France was second, and Anja Paerson of Sweden took the bronze.

Kostelic will go for her fourth medal Friday in the giant slalom. The U.S. women's Alpine team was about the only American squad not to flourish in Utah, and could finish with no medals for the first time since 1988.

The gold is gone for the U.S. women's curlers, although they remain in the running for a bronze.

The Americans lost 9-4 to Switzerland, snapping a four-game winning streak and setting up a bronze medal contest Thursday against the defending gold medalist Canada.

The Canadianlost 6-5 to Great Britain, setting up a match between the winners and the Swiss for the gold.

In the men's semifinals, Canada advanced to Friday's gold medal game with a 6-4 victory over world champion Sweden. The Canadians will play Norway, 7-6 winners in extra time over defending Olympic champion Switzerland.

© MMII, CBS Worldwide Inc. All Rights Reserved. This material may not be published, broadcast, rewritten, or redistributed. Reuters Limited and The Associated Press contributed to this report