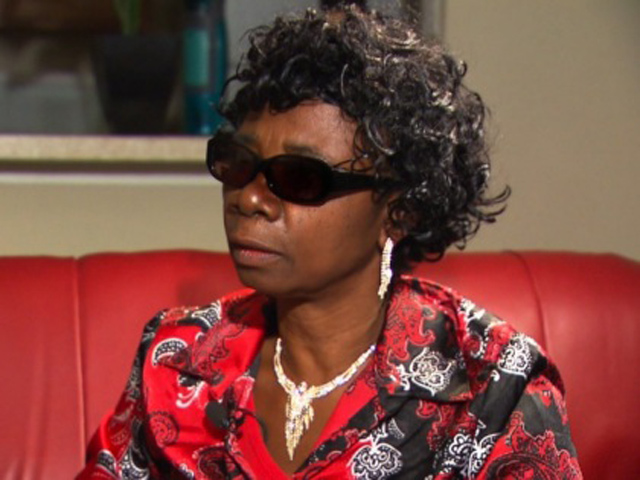 (CBS) ARLINGTON, Texas - A woman was held captive inside an Arlington house for nine years after she was tricked and forced into modern day slavery.

CBS DFW reports this woman, who requested to be called Cindy, said she thought she was coming to Texas from Nigeria to work as a nanny for Emmanuel and Ngozi Nnaji. Instead, she was enslaved in their home for nine years.

The couple reportedly forced her to take care of her three children, and do all the chores 24 hours a day, seven days a week.

"I had no choice," she said of her enslavement in the home. The couple never gave her a break, day off, or any time for herself.

Cindy said she wasn't even allowed to leave the house. The only time she ventured outside was at 4 a.m. to water the yard. She says Ngozi, "didn't want anyone to know me."

Before arriving in Texas in 1997, Cindy didn't speak English. She is a widow and made the painful decision to leave her six young children behind so she could earn money to send them.

She soon realized she was in trouble. She didn't know anyone except the Nnaji's.

The family never paid her as they promised and they took her passport and told her to forget about going home.

Her situation grew even worse when Emmanuel Nnaji sexually assaulted her. "He raped me in the house," she said. "Ngozi was not there." Cindy says the sexual abuse continued but no one knew.

After eight years of being held against her will, Cindy finally found the courage to tell someone back home what had happened. In 2005, Cindy said, "I went to hide in the closet, talked to my niece and told her everything Emmanuel did to me. She said don't worry, we'll find someone who will help."

Cindy's niece knew a priest from Texas who was visiting Nigeria and she gave Cindy his cell phone number. In 2006, when no one else was around, Cindy called the priest to plot her escape.

In the next few days, the priest drove to the Nnaji's house. She walked out of the house with just a trash bag filled with a few of her belongings.

Cindy has been free ever since.

The FBI and Justice Department investigated this case, and two years ago this month, a federal jury convicted the Nnajis.

The couple must pay Cindy more than $300,000 in restitution. The Justice Department says between January 2008 and June 2010, agents investigated more than 2,515 human trafficking cases.

Most involved sex trafficking, but there were about 350 forced labor cases. One of which was the Nnaji's case.