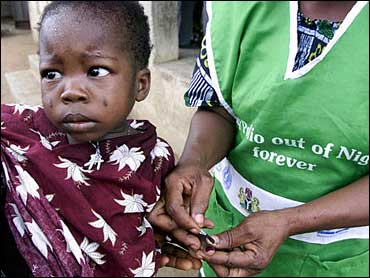 A northern Islamic state in Nigeria that is at the heart of a spreading Africa polio outbreak declared Sunday it would not relent on its boycott of a mass vaccination program which it has called a U.S. plot to spread AIDS and infertility among Muslims.

"Kano state will not participate in tomorrow's polio campaign. Our team made the discovery of contaminants first, remember," state government spokesman Sule Ya'u Sule told The Associated Press, referring to tests the state says its scientists conducted on the polio vaccine last year.

"Unless we are convinced by our committee (of health experts) that the oral polio vaccines are safe, the exercise remains suspended in Kano state," Sule said.

Globally, the World Health Organization says the standoff endangers a massive effort that had worked toward stamping out polio entirely. The 16-year-old public health project has reduced the number of cases worldwide from 350,000 in 1988 to fewer than 1,000 last year.

Nigerian officials had hoped to resolve the controversy by dispatching a team of scientists, politicians and Islamic religious leaders to observe a battery of tests on the vaccines in South Africa and India earlier this month.

Nigerian Health Minister Eyitayo Lambo would not divulge the outcome of the visit, which he said ended last week. He gave no explanation of why the results were not being revealed — saying only that Nigeria's government would forge ahead with the campaign regardless of opposition.

"We are not going to be bothered" by the boycott, Lambo told The Associated Press, without elaborating. "The immunization is going ahead as planned. We have got our results and we are going ahead with the immunization."

Mukhtar Sirajo, the state government spokesman in Kaduna, another of the northern states where vaccinations had been blocked last year, told the AP that his state had decided to allow the emergency immunization campaign to go ahead. However, Sirajo did not rule out the possibility of the ban being reintroduced if Kaduna decided the results of the latest tests cast new doubts on the safety of the vaccines.

Immunization efforts "will not be stopped," he said. "But it is only fair that we hear from the verification team including all the stakeholders."

There was no immediate word Sunday on whether Zamfara, the third northern state that had banned the vaccine, would now allow the emergency immunization campaign.

Kano had been expected to deny permission for the emergency campaign.

In October, similar door-to-door drives were blocked entirely in Kano, Zamfara and Kaduna.

Residents in other northern states where volunteers tried to administer the oral vaccine house-to-house to toddlers and infants were frequently turned away by residents. Homeowners at times reportedly set dogs upon the volunteer health workers.

The boycott by Kano, where 89 polio cases since January 2003 made it the epicenter of the outbreak, "puts more children at risk from being crippled by polio, not only in Nigeria but also the region," said Gerrit Beger, spokesman for the United Nations Children's Fund in Abuja.

"We risk reversing our gains. We can't eradicate polio globally if everyone does not take action," Beger said.

Last year, Nigeria accounted for close to half of the more than 700 polio cases documented worldwide. Many of the rest were in India, Pakistan and Afghanistan, where officials say they are making headway.

In recent months, dozens of polio cases spread from Kano and other predominantly Muslim states to other Nigerian states. The outbreak also expanded to seven African countries where the disease was previously thought to have been eradicated.

Kano state officials say their lab tests carried out late last year found estrogen and other female sex hormones in the polio vaccine — proof, they say, that the vaccines are contaminated.

"UNICEF has been immunizing children around the globe for decades and our biggest wish is to continue to do the job and eradicate polio once and for all in Nigeria and worldwide," the organization said in a statement.

"Any delay of immunization activities will result in a wider spread of the virus, crippling more innocent children in Nigeria and neighboring countries." 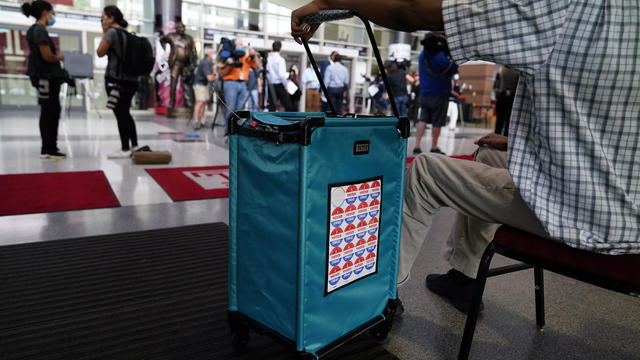