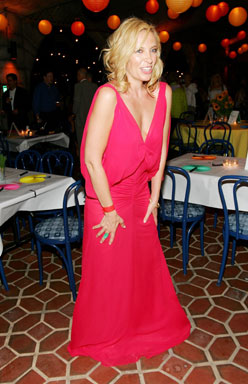 A federal jury on Monday ordered the NFL Players Association to pay $28.1 million to retired players after finding the union failed to properly market their images.

The jury said the union owed the retirees $7.1 million in actual damages for failing to include them in lucrative marketing deals with Electronic Arts Inc., the maker of the popular "Madden NFL" video games, sporting card companies and other sponsorship agreements.

Hall of Fame cornerback Herb Adderley filed the lawsuit last year on behalf of 2,056 retired players who contend the union failed to actively pursue marketing deals on their behalf with video games, trading cards and others sports products.

The lawyers and judge still must decide how to divvy up the jury's award, some of which will go to attorney's fees.

Adderley, 69, played cornerback for the Green Bay Packers and Dallas Cowboys and appeared in four of the first six Superbowls. He appeared every day in court wearing his yellow "NFL Alumni" sports jacket. He wept when the jury's verdict was read.

"I won three Superbowls and this feels better than all of them combined," Adderley said immediately after the verdict was announced. "I always felt I had one big play left."

Several retired players either testified during the trial or appeared in the court to lend support, including retired Green Bay Packers quarterback Bart Starr, who attended the last day of testimony on Friday.

Richard Berthelsen, the union's acting executive director, said outside court that the NFLPA would ask the trial judge, U.S. District Court Judge William Alsup, to toss out the verdict. If that fails, they intend to appeal.

"It's an unjust verdict and we are confident it will be overturned," said union lawyer Jeffrey Kessler.

Lawyers representing Adderley and the retired players told the jury during the three-week trial that the union actively sought to cut them out of licensing deals so active players could receive bigger royalty payments. As proof, the retirees pointed to a 2001 letter from an NFLPA executive telling Electronic Arts Inc. executives to scramble the images of retired players in the company's popular "Madden NFL" video game, otherwise the company would have to pay them.

EA's Madden game contains 143 "vintage" teams populated with no-name players that closely resemble Adderley and other retirees. Yet only active players received a cut of the EA deal, the union's largest, which surpassed $35 million for 2008.

Katz told jurors that longtime union chief Gene Upshaw and other union leaders "betrayed the trust of their members" by neglecting the retired players, who pay $50 a year to keep their union membership. Upshaw died of cancer in August.

The union's lawyer Kessler unsuccessfully urged the jury to award far less, arguing that the union could suffer economic harm if it had to pay a large amount.

"It was the only sports union that tried to do retired players' licensing deals," Kessler said.

The union's primary defense during trial was that EA, trading card companies such as Topps and Upper Deck and other companies that paid licensing fees exclusively for active players.

But the retirees represented at trial all signed so-called "group licensing agreements" that promised the union would do its best to market their images. The jury found otherwise.

"We felt we had to send a message that the union needs to represent and protect all its members," said Susan Smith, one of the 10 jurors who voted unanimously in favor of the retirees. "We felt the players' union didn't do that."

The jury's verdict is the latest salvo in an increasingly rancorous relationship between the NFLPA and many retired players, who have complained that the union has forgotten what past players have contributed to building the NFL into a highly profitable industry that richly compensates owners and players alike.