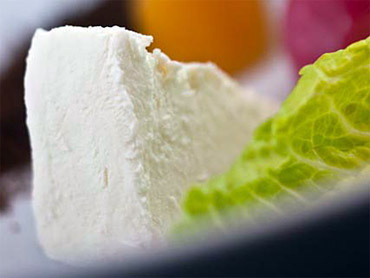 Cody Posey told sheriff's deputies the slap he took from his father, the manager of newsman Sam Donaldson's ranch in southern New Mexico, was more than he could handle.

This time, it was across the face for not cleaning horse stalls fast enough, and the teenager said he had had enough.

After being hit Monday, Cody shot to death his father, Delbert Paul Posey, stepmother Tryone Posey and 14-year-old stepsister Mary Lee Schmid. Donaldson came across the crime scene Tuesday and deputies found their bodies in a shallow grave near their home at Donaldson's Chavez Canyon Ranch.

Cody, 14, was to appear in court Friday on murder charges. District Attorney Scot Key said the boy could face adult penalties, including up to 30 years in prison, if convicted.

Cody took a gun from his stepsister's saddlebag in the barn and went into the house.

Tryone Posey, who was reading a book in the living room, was shot twice in the head, according to an affidavit filed in court Thursday. His father, who came racing into the house, was also shot in the head.

Cody confessed to then shooting his stepsister in the head. The affidavit said the teen shot the girl a second time because she was still moving.

The bodies were dragged outside and loaded into the bucket of a backhoe. The affidavit said Cody tried to bury the bodies in one area but couldn't dig a hole.

After hiding the bodies in a manure pile, the affidavit said Cody went to his room, removed his bloody clothes and boots and went to a friend's house about 15 miles away, where he was arrested Wednesday.

"We didn't suspect nothing 'cause he was all happy. We'd never seen him like that," Faustino Salcido told The Associated Press in an exclusive interview Thursday.

Salcido said he was present during questioning of Cody by sheriff's deputies Wednesday. Salcido, whose sons Gilbert and Leo are friends of young Posey, said the teen had stayed with his boys Monday and Tuesday — playing basketball, frolicking in the river and shooting off fireworks — but said nothing about the slayings.

"He told me these were the happiest two days he'd had in his life. ... He thanked me for letting him stay," Salcido said.

Salcido said Cody didn't break down until deputies took him away Wednesday for additional questioning.

Salcido said the boy told deputies his father hit him with a shovel and tried to strangle him during the Fourth of July weekend but the boy managed to fight him off.

The pattern of abuse was well known to his sons and to others in the community, Salcido said.

"There were a lot of people who wanted to whip his dad because of the way he treated him (Cody) in public," Salcido said.

Asked if deputies had investigated such abuse, Sheriff Tom Sullivan said: "I can say we did not." However, he said if a teacher, for example, had reported it, "we would have done something about it."

If there had been abuse and it had been duly reported, he said, "this whole thing could have been avoided."

"In my 36 years of law enforcement, it's the saddest case I've ever worked," Sullivan said.

Donaldson told the AP he had never witnessed any such abuse nor heard of any against the boy.

Donaldson has described the Poseys as "the all-American ranch family." He said Paul Posey was a little hard on his son, but that he never saw the father raise his voice or his hand in anger.

Salcido's two sons said they recalled multiple incidents when Cody Posey showed up at school with black eyes and other bruises and felt certain the injuries resulted from abuse.

Gilbert Salcido said, "One time he had a big ol' black eye. He said 'I got hit in softball.' We're all, 'A softball couldn't do that.' He finally told us his dad had punched him."

"Something caused Cody to snap, because that's not who he is. You can only take abuse so long," the boy's aunt, Corliss Clees of Roswell, told the Albuquerque Journal.

"I don't condone what he did, but I don't want to see him go to prison," she said. "He needs help. He's needed help a long time."