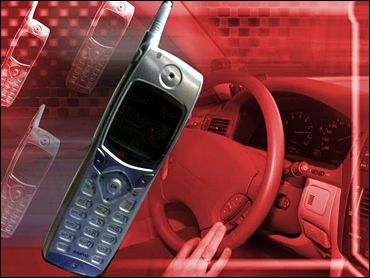 Summer brings more than lazy days and sunburns. As July starts, a new set of state laws take effect, offering a snapshot of what matters to Americans now — the services we're willing to pay for, the punishments we dole out, the things we celebrate.

Minnesota hopes to help young, unmarried parents start successful marriages, while Virginia wants to close the door on gay marriage. A handful of states aim to crack down on video phone voyeurs and methamphetamine addicts. Others look to help children overcome obesity.

For many states, July 1 is the effective date for laws crafted during legislative sessions. In others, laws take effect Jan. 1, or 90 days after passage.

Worries over terrorism and war emerged in legislative sessions, with New Mexico requiring background checks for any trucker hauling hazardous materials. Tennessee is trying to strike a balance by giving illegal immigrants a "driving certificate" that won't necessarily let them get on planes.

A new Virginia law requires businesses to give workers Saturdays or Sundays off if they want it, alarming some businesses with weekend and round-the-clock shifts to cover — and it's all the result of a legislative mistake.

The culture wars continued. Virginia lawmakers, in a step gay activists called draconian, voted to prohibit civil unions, partnership contracts or "other arrangement between persons of the same sex purporting to bestow the privileges or obligations of marriage."

Minnesota hoped to encourage nuptials for heterosexuals. Adding another $5 to the $80 cost of a marriage license, the state hopes to provide counsel and guidance that targets unmarried couples with children.

"We're planning to work with area hospitals and recruit them after the child is born," said William Doherty, a University of Minnesota professor who will direct the program. "That's the magic moment when they are wanting to do right by the baby and each other."

Florida and South Dakota created new punishments for those who surreptitiously take intimate photos of others with cell phones.

Tougher penalties for drunken driving were approved in Colorado, Virginia and Indiana, where legislators became personally involved when a fellow lawmaker was killed while driving home after voting for a drunken driving bill that failed to pass in 2003.

Another substance increasingly being abused — methamphetamine, also called speed, crank, ice and meth — came up for tougher penalties in Florida, Iowa, New Mexico and South Dakota. Some target sales, some production, and some those trying to purchase cold medicines that can be converted into the drug in home labs.

Drug stores might see sales drop, acknowledged Iowa state Rep. Clel Baudler. The new law in his state makes it illegal to buy more than two packages of pseudoephedrine, a common decongestant, at one time.

"But I know one thing, we can never turn our back on trying to stop this insidious drug," said Baudler, a Republican.

South Carolina created tax incentives for people to redevelop abandoned textile mills, an industry that has been steadily shrinking; Wyoming lifted sales taxes on manufacturing machinery and tools, with an eye to spurring business development.

And Colorado opened the door to steeper tuition increases at the University of Colorado with a law that lets the university become a semiprivate institution, thereby allowing the school to raise tuition without forcing the state to issue tax refund checks under the state's so-called taxpayer's bill of rights.

Traffic frustrations spurred a Georgia law requiring drivers in fender-bender accidents to pull off roads or streets so they don't block traffic (current law already requires such action on highways). And New Jersey and Washington, D.C. banned handheld cell phone calls while driving. (Only New York banned it before.)

Other states looked more closely at technology: Florida created new penalties for lying in e-mail spam, South Dakota made it a felony to clone humans, and Colorado required microchips to be implanted in dogs that bite people, so they can be tracked.

And besides the laws that aim to punish or persuade, others just take pride.

In Kansas, a six-mile stretch of Highway 96 near and through Hutchinson will be named the "Bob Dole Bypass," for the state's longtime senator and unsuccessful 1996 presidential candidate.

Mississippi took a step to honor its past with the Mississippi Blues Commission, hoping to spur economic development and tourist dollars from a music born amid poverty, racism and life on the Delta.

"Adverse conditions, the long rows of cotton and the sizzling heat created this music that the world wants to hear," said Democratic state Sen. David Jordan, who authored the bill. "We can all benefit from the blues more so than anything else."