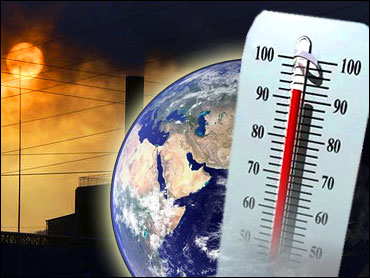 "There are two different positions on the table and the process is now to see if there's some common ground," Wills said.

He declined to give details on either proposal, which represent the differing viewpoints of rich and developing countries heading into the Dec. 7-18 conference in the Danish capital. Negotiators from 192 countries will seek a new agreement to curb emissions of climate-warming greenhouse gases.

The key question is how to divide the responsibility for reducing emissions globally, with developing countries saying they should not be forced to commit to binding targets.

Negotiators will try to find an agreement that includes the U.S., which did not ratify the current global pact on climate change the 1997 Kyoto Protocol and big developing economies such as China and India. China and the U.S. are the world's biggest polluters, accounting for about 40 percent of global greenhouse emissions.

Wills described the meeting in Copenhagen on Tuesday as "informal consultations to try to find a way forward."

Danish officials declined to comment, but said they were consulting with all major stakeholders ahead of the summit.

Scientists warn of potentially catastrophic climate change if average global temperatures rise more than 2 degrees Celsius (3.6 Fahrenheit) from preindustrial levels. To prevent that, greenhouse gas emissions should peak within the next few years and then rapidly decline by mid-century, according to the U.N.'s expert panel on climate change.

Last week, China announced it would cut "carbon intensity," a measure of carbon dioxide emissions per unit of production, by 40 percent to 45 percent by 2020, compared with levels in 2005.

The Chinese target means emissions will continue to grow as its economy expands, but at nearly half the rate they would have otherwise.
The developing countries want to keep the framework of the Kyoto Protocol, which required 37 wealthy nations to cut greenhouse gas emissions by 2012, but made no demands from developing countries.

The Danish paper, parts of which were made available to The Associated Press, suggests that the Kyoto accord be extended with amended targets for the industrial countries. A parallel document would incorporate actions by developing countries and financial arrangements to help them adapt to climate change and lower the growth of emissions.

Negotiators in Copenhagen also have the option of incorporating the Kyoto accord into a broader agreement, or scrapping it altogether for a more all-encompassing treaty.

Keeping the Kyoto framework can be problematic because it raises questions on how to get commitments from major developing countries as well as the U.S., said Kim Carstensen, head of environmental group WWF's climate campaign.

The conference had originally been intended to produce a final global warming treaty, but that now seems out of reach. Most leaders now hope the conference can produce a framework agreement, leaving only details, technical arrangements and legal language to be concluded over the next six to 12 months.

About 100 world leaders have agreed to attend the conference. President Barack Obama said he would be there Dec. 9 on his way to Norway to collect his Nobel Peace prize.