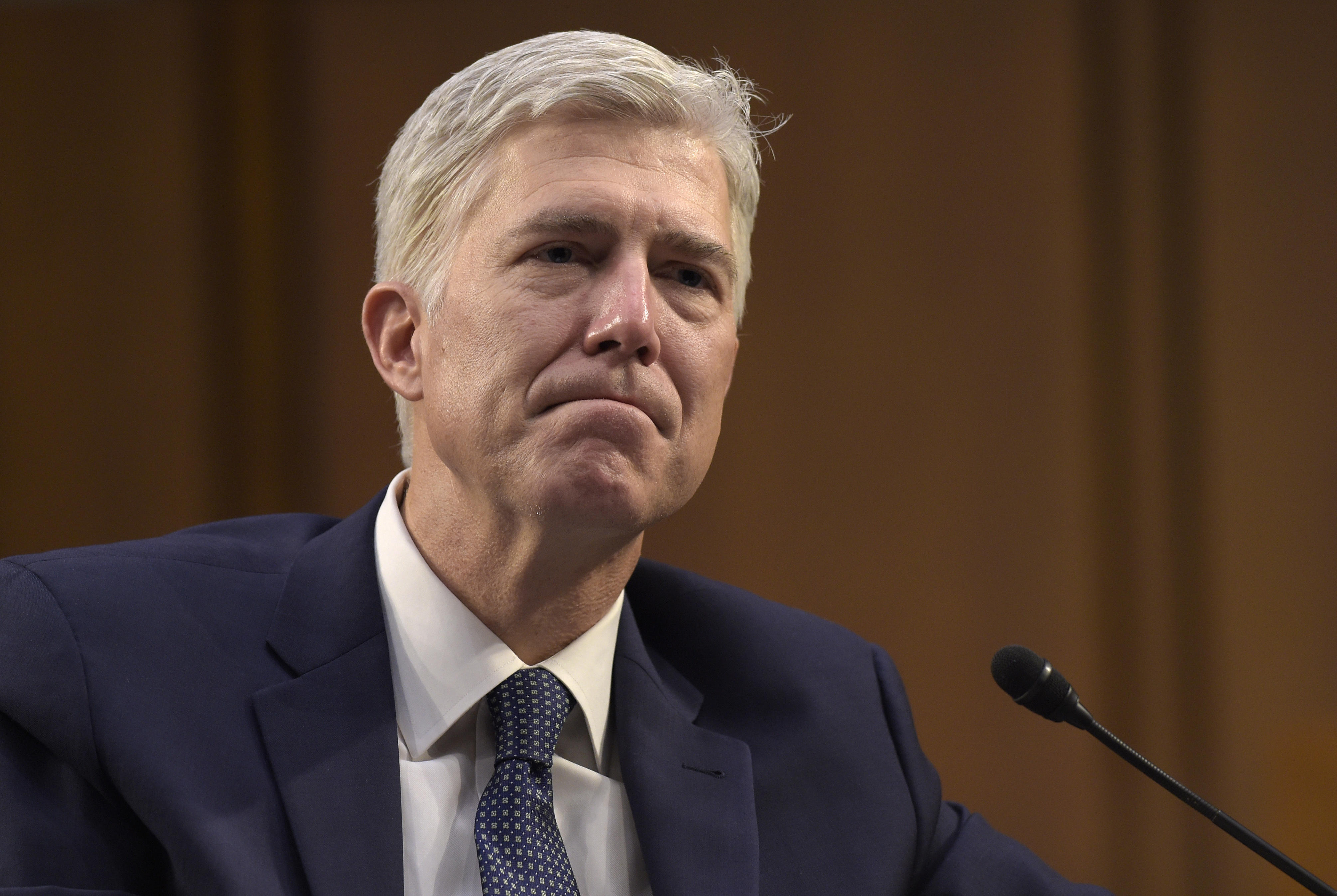 Senate Republicans successfully invoked the so-called “nuclear option” Thursday, eliminating the filibuster for Supreme Court nominees. This clears the way for President Trump’s nominee, Neil Gorsuch, to be confirmed as an associate justice to the high court.

The Senate will reconvene at 9:30 am on Friday. The Senate will resume consideration of the Gorsuch nomination with two hours of debate, followed by a roll call vote on final confirmation at 11:30 a.m.  This is a simple majority vote.

12:51 p.m. The Senate has voted, under the new rules, to advance Gorsuch’s nomination. Lawmakers will now debate the nomination for 30 hours, with the final confirmation vote expected Friday evening.

12:18 p.m. The Senate is now voting to invoke the nuclear option -- get rid of the filibuster or 60-vote threshold needed to advance Supreme Court nominees to a confirmation vote.

12:06 p.m. Schumer has called for a roll call vote to adjourn until 5 p.m. The motion to adjourn was not agreed to, with 52 Republicans opposing and 48 Democrats in favor.

12:01 p.m. McConnell has began speaking on the floor and he said that Democrats had done something “unprecedented in the history of the Senate” because they filibustered Gorsuch’s nomination.

11:48 a.m. Schumer has called for a roll call vote to try and move the nomination vote to Monday, April 24 in order for the White House, Democrats and Republicans to come to an agreement that would avoid the GOP invoking the nuclear option. The motion failed, with all 52 Republicans voting against it and 48 Democrats voting in favor.

11:31 a.m. As expected, that vote failed, with 55 in favor of advancing the nomination and 45 opposing it. Republicans needed 60 votes to advance the nomination. McConnell moved to reconsider the vote now, which now needs a simple majority.

11:19 a.m. Senate Democrats have the 41 votes to filibuster Gorsuch’s nomination, which will soon prompt McConnell to begin a series of procedural votes to change Senate rules and eliminate the filibuster for Supreme Court nominees.

11:04 a.m. Following this vote, Senate Majority Leader McConnell is expected to begin the process of changing the rules of the Senate to eliminate the 60-vote threshold for Supreme Court nominees. The rules change votes will be simple majority votes.

11:02 a.m. The Senate is now holding the cloture vote to advance Gorsuch’s nomination. This vote is expected to fail since the GOP needs 60 votes, but 43 Democrats have said they will oppose the move to end or limit debate.

10:54 a.m. ET Senate Minority Leader Chuck Schumer, D-New York, is speaking on the floor and said that when history weighs what happened, “The responsibility for changing the rules will fall on the Republicans and Leader McConnell’s shoulders.