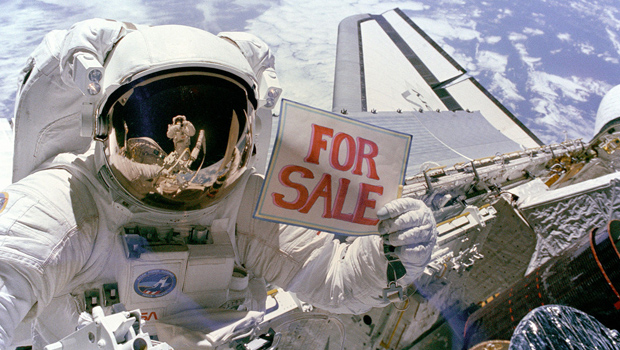 CAPE CANAVERAL, Fla. NASA is paying $424 million more to Russia to get U.S. astronauts into space, and the agency's leader is blaming Congress for the extra expense.

NASA announced its latest contract with the Russian Space Agency on Tuesday. The $424 million represents flights to and from the International Space Station aboard Russian Soyuz spacecraft, as well as training, for six astronauts in 2016 and the first half of 2017.

That's $70.6 million per seat - well above the previous price tag of about $65 million.

Russia currently provides the only means of getting people to and from the space station, and its ticket prices have soared with each new contract.

Several U.S. companies are working on rockets and spacecraft to launch Americans from U.S. soil. But that's still a few years away. The ability to launch crews into orbit from America ended with NASA's shuttle program in 2011. Even before the shuttles retired, the U.S. had been relying on Russia to transport long-term residents to the space station.

NASA Administrator Charles Bolden said if Congress had approved the space agency's request for more funding for its commercial space effort, the latest contract would have been unnecessary. He is urging full funding of the Obama administration's 2014 budget request of $821 million for the commercial crew program.

"Because the funding for the President's plan has been significantly reduced, we now won't be able to support American launches until 2017," Bolden, a former shuttle commander, wrote in a NASA blog.

It could take longer if Congress does not fully support the 2014 request, he said.

"Further delays in our Commercial Crew Program and its impact on our human spaceflight program are unacceptable," Bolden said.

The California-based Space Exploration Technologies Corp., or SpaceX, already is making cargo shipments to the space station. Its founder and chief designer, billionaire Elon Musk, previously has said his company could be ferrying astronauts aboard beefed-up versions of its Dragon capsules by 2015.

Orbital Sciences Corp. of Virginia completed a successful test launch 1 1/2 weeks ago. It plans to start sending supplies to the space station this summer, but has no interest in carrying passengers.

The six seats included in the latest Russian contract covers not only Americans, but European, Canadian or Japanese astronauts under barter agreements between NASA and those countries.