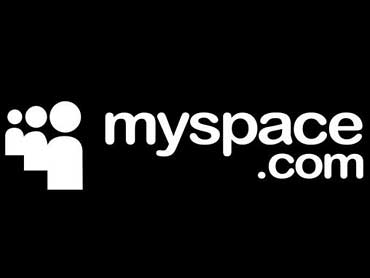 About 90,000 sex offenders have been identified and removed from the social networking Web site MySpace, company and law enforcement officials said Tuesday.

Cooper said he wasn't surprised by the updated numbers, and demanded that MySpace and rival online networking site Facebook - which claim to have more than 280 million users combined - do more to protect children and teenagers.

"These sites were created for young people to communicate with each other. Predators are going to troll in these areas where they know children are going to be," Cooper said. "That's why these social networking sites have the responsibility to make their sites safe for children."

The attorneys general received agreements last year from MySpace and Facebook to push toward making their sites safer. Both sites implemented dozens of safeguards, including finding better ways to verify user's ages, banning convicted sex offenders from using the sites and limiting the ability of older users to search members under 18.

Blumenthal, who received MySpace's updated numbers Tuesday through a subpoena, said the information "provides compelling proof that social networking sites remain rife with sexual predators." A preliminary number of sex offenders found on Facebook was "substantial," but he said the company has yet to respond to a recent subpoena.

MySpace executives said they were confident in the technology they use to find, remove and block registered sex offenders. The company uses Sentinel SAFE, a database it created in 2006 with the names, physical descriptions and other identifiable characteristics of sex offenders that cross-references against MySpace members.

"Sentinel SAFE is the best industry solution to ensure these offenders are removed from social networks," Hemanshu Nigam, the company's chief security officer, said in a statement Tuesday.

MySpace, which is owned by Rupert Murdoch's News Corp., has more than 130 million active users worldwide.

A spokesman for Facebook, which claims more than 150 million active users, said Tuesday that protecting its users has always been a priority.

"Technology moves forward quickly, and it's important for these companies to stay ahead of the technology," he said. "And they're not moving fast enough for us."

The push for better restrictions came during a time when social-networking Web sites were seeing exponential growth, with most of it coming in the form of younger users. But along with the younger members came sexual predators who would lie about their age to lure young victims.

Blumenthal and Cooper, who co-chair the State Attorney General Task Force on Social Networking, have led the charge for tougher restrictions to be placed on who joins online social-networking sites.

The task force also played down fears of Internet sexual predators who target children on social-networking sites. While citing other dangers such as online bullying, the panel said cases of predators typically involved youths well aware they were meeting an adult for sexual activities.