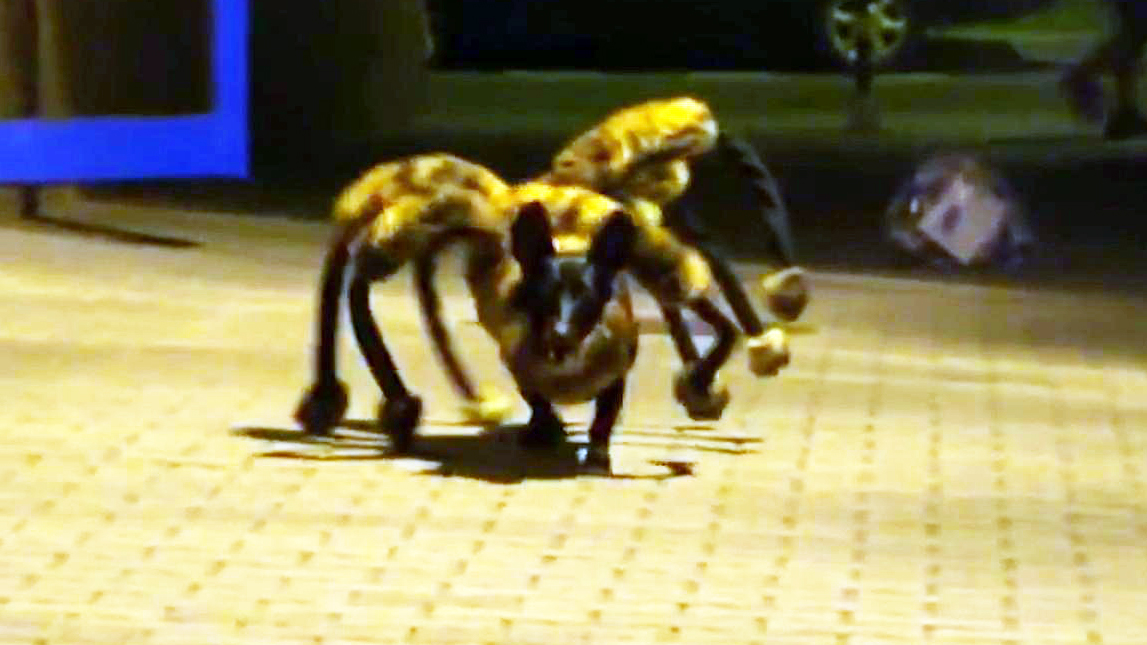 This week's most popular viral videos include Google's funny answer to a question about itself, why one skateboarder loves helmets, a guy getting smothered by rabbits, freestyle dunks by the Lords of Gravity, a Polish prankster dressing up his dog as a mutant spider and a girl's solo rendition of a Michael Jackson classic.

First up, Benjamin Tripp shared the funny thing that happens when you ask Google how many zeros are in a googol.

Prescott rides his longboard and quickly discovers why he loves helmets, in this video from Cameron Kirkner.

As this video from mybbbunny shows, all it takes is a bit of rabbit food on a trip to Ōkunoshima, Japan, aka "Rabbit Island," to wind up smothered in the furry critters.

Football season is underway, but this basketball video by action shooting sensation devinsupertramp is too good to be ignored. Check out some crazy, high-flying dunks by the Lords of Gravity.

Polish prankster SA Wardega dresses up his dog Chica as a mutant spider and scares the living daylights out of some unsuspecting passersby.

And, Kawehi posted this solo rendition of Michael Jackson's "The Way You Make Me Feel." She creates every sound you hear using only her mouth, and makes the song complete using looping effects technology.