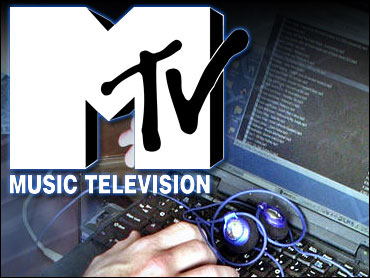 For years, MTV Networks Inc. sat on the sidelines while Apple Computer Inc., RealNetworks Inc. and others racked up sales of music downloads.

Now the cable network group that helped popularize music videos two decades ago is entering the online music fray with URGE, a new service that makes its public beta debut on Wednesday.

URGE comes integrated into the newest version of Microsoft Corp.'s Windows Media Player, which users of Microsoft's Windows will receive in coming weeks as an upgrade. Prior to that, the player upgrade will be available for download at the URGE and Microsoft Web sites.

At launch, URGE will have more than 2 million tracks, which can be purchased individually at 99 cents or as full albums starting at around $9.95.

The service also will offer unlimited downloads at a monthly rate of $9.95, or $14.95 for the ability to transfer songs to any of more than 100 compatible portable music players.

URGE will also be the featured music service on Microsoft's media player, which will continue to have built-in links to several other services.

The company has begun clearing content from its vault of exclusive appearances by recording artists on staples such as "TRL" and "MTV Unplugged" for sale on URGE, said Van Toffler, president of MTV Networks Music Group.

The tie-in to MTV should also help URGE sell consumers on the upside of subscription services better than others have to date, said analyst Phil Leigh with Inside Digital Media.

"The thing that works to their advantage is they have a well-recognized brand that is popular to a demographic that is going to be receptive to purchasing digital music," Leigh said.

And like established rivals RealNetworks' Rhapsody and Napster Inc., URGE is not compatible with Apple's Macintosh computers or its market-leading iPod digital music player.

That incompatibility, combined with the availability of music on Internet file-sharing networks, has made subscription music plans a tough sell.

Earlier this year, Napster said it had more than a half-million subscribers. RealNetworks, which doesn't break out the number of Rhapsody subscribers, says it has more than 1.7 million paying customers for the service and its cadre of radio streaming plans combined.

Apple's iTunes Music Store, which doesn't offer a subscription plan, has sold more than 1 billion songs since its launch three years ago, while more than 50 million iPods have been purchased since 2001.

"Whether the consumer really wants a service that's only compatible with non-iPod players is going to be the big issue," said Steve Gordon, entertainment attorney and author of "The Future of the Music Business."

Toffler acknowledges the popularity of Apple's store and player, but argues both the a la carte singles model and the subscription business are still in their infancy.

"Only 5 percent of music sales happen digitally," he said. "Hopefully, through the TV channels we have and the dot-com sites ... we can educate people about the virtues of subscriptions. It's not about selling a million singles."