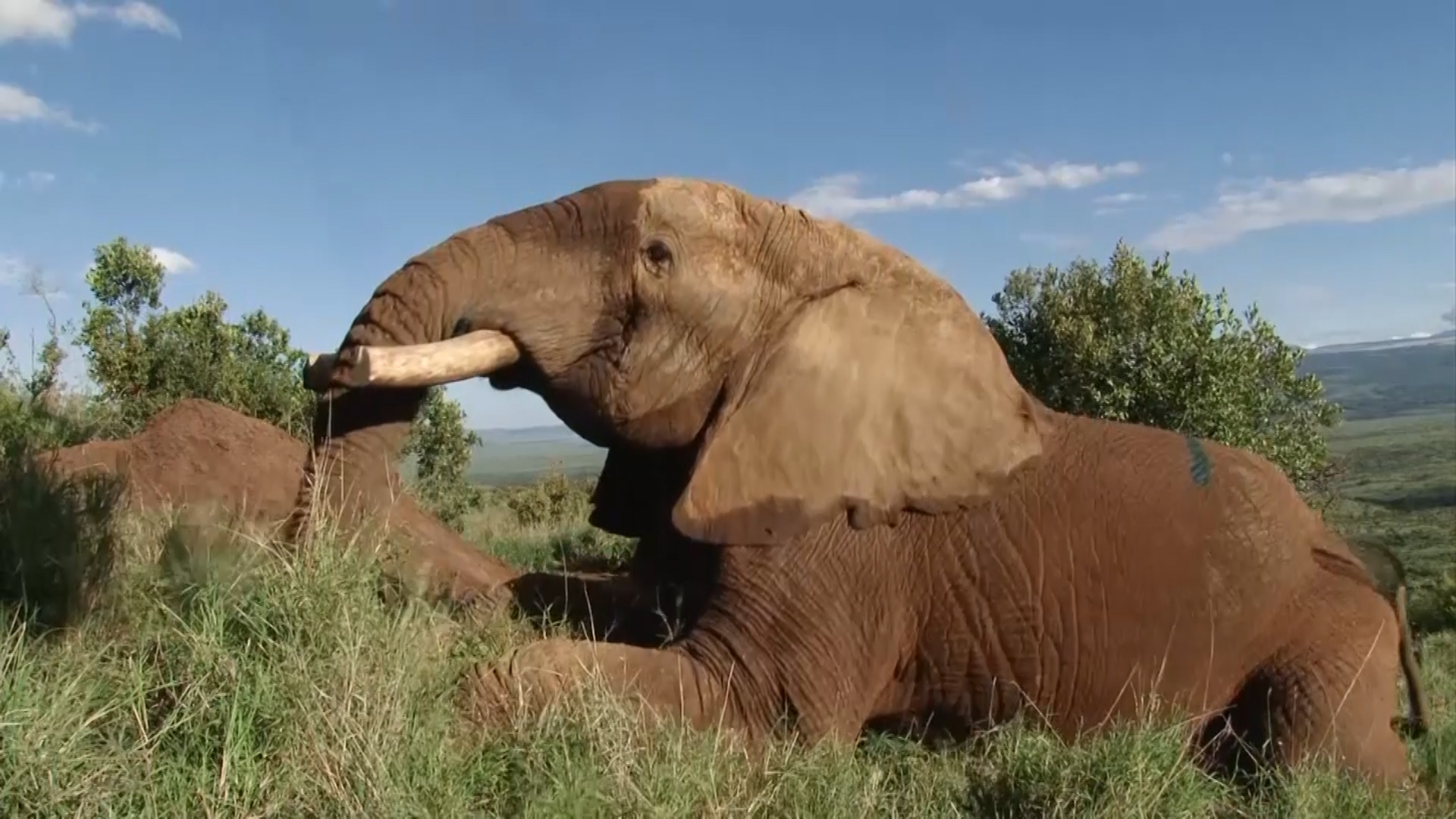 Mountain Bull, the magnificent six-ton elephant, featured prominently in our reporting on the poaching crisis in Africa for CBS Evening News and CBS Sunday morning, has been discovered dead.

Perhaps he had been living on borrowed time, but the manner and place of his death is shocking and deeply disheartening to conservationists and Kenyans.

He was a troublesome elephant at least according to human standards - intelligent, wide ranging, and fence breaking with his massive, perfectly matched tusks. During the dry season he would often retreat to the protected and secluded cool forests of Mount Kenya, but in the wet season, he would strike out for undiscovered country far to the north. Fences were but a minor nuisance for him. He knocked them down with his tusks and neighboring crops became a tasty snack for his journeys.

In October of 2012, CBS News producer Jack Renaud and cameraman Wim de Vos travelled with me to Kenya to film a risky capture and partial de-tusking operation on Mountain Bull. Kenya Wildlife Service vets undertook a dynamic operation to dart him and while he rumbled in an anesthetic slumber they fired up a chain saw and sawed off the ends of his tusks while we, awed by his might, crowded in for a gentle touch.

Conservationists hoped this removal of 22 kg of formidable weaponry would make him less inclined to push down fences and perhaps reduce his attractiveness to poachers. Once the reversal drug was given, the giant awoke, and on wobbly feet silently disappeared into the thickets.

As expensive as this operation was, a far more formidable intervention was the building of a massive wildlife corridor -- complete with a highway underpass -- that allowed him and other elephants to cross between Mt. Kenya and the northern rangelands.

Mountain Bull, ever the undaunted explorer, was filmed using the corridor just days after it had been built far exceeding the hopes of conservationists who wanted to provide a safe passage for elephants through an increasingly human-dominated landscape. His leadership led to whole herds following suit.

Though the tusk "operation" saved Mountain Bull for the time being, our week long stay in Kenya brought us face to face with over a dozen dead elephants in various stages of decay, including six freshly gunned down animals, bloating in the sun, near Tsavo National Park.

In recent days, Mountain Bull had been behaving as conservationists had hoped, staying out of trouble and staying within the confines of well-protected parks.

Last week his GPS-GSM enabled collar installed by Save the Elephants had stopped moving -- rare for this restless bull. Conservationist Ian Craig noticed the discrepancy and dispatched a team of rangers who found his body, not in a farm field or near a community as perhaps expected, but in one of the best protected national parks in the country. Mountain Bull had been killed silently with spears within the apparent safety of Mt. Kenya National Park, his massive tusks hacked out of his skull.

In the end, and in the prime of his life, Mountain Bull was killed not for his rogue behavior but simply for being an elephant. He was killed while being tracked night and day with modern technology and within the confines of a fenced national park and World Heritage site just a few hours away from the capital city. His death is another urgent and painful reminder that as long as the demand for ivory continues, elephants, both known and unknown, will continue to die.

M. Sanjayan is a senior scientist at Conservation International.