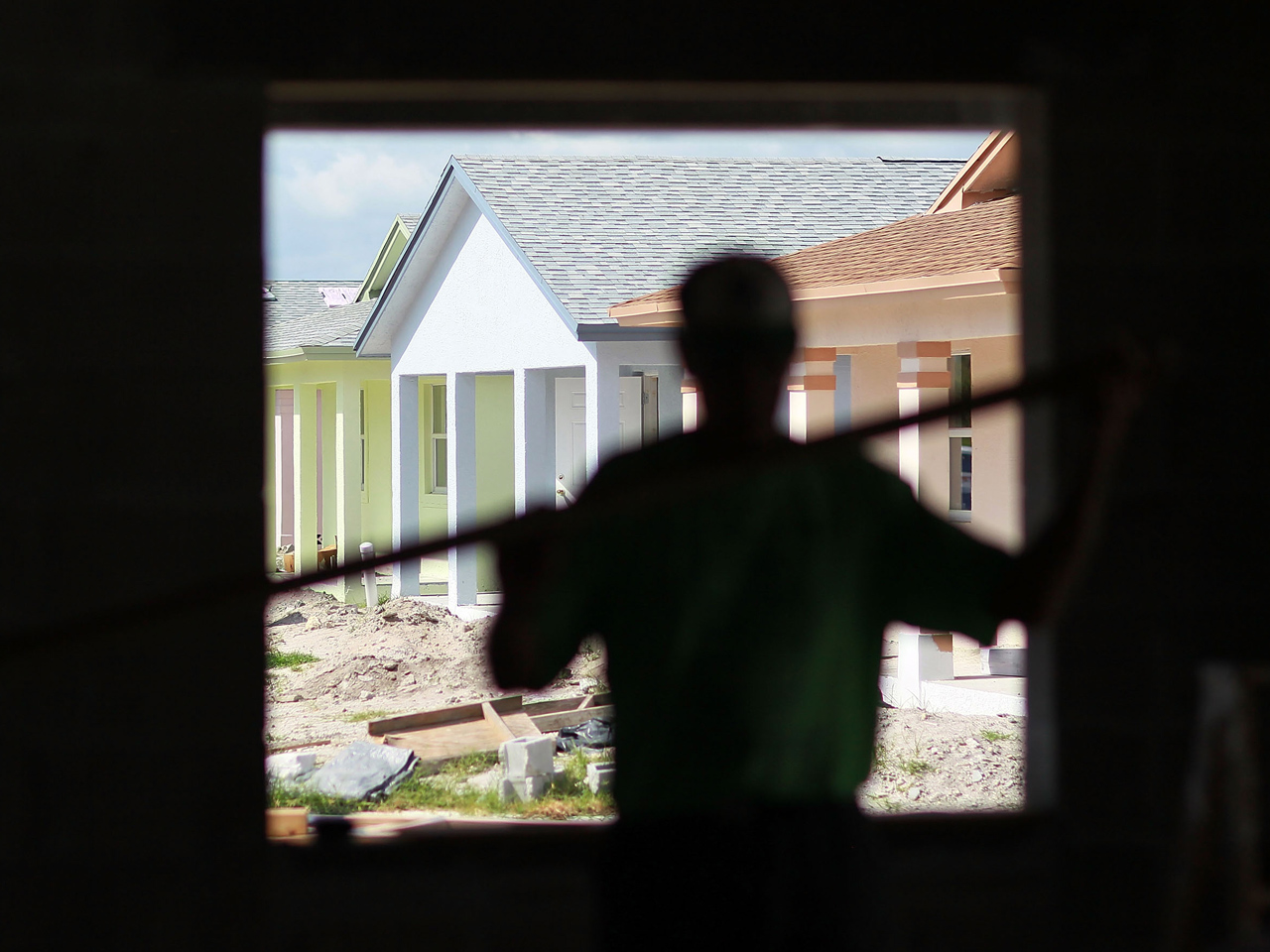 NEW YORK The outlook for the U.S. economy brightened a little Tuesday after reports that consumer prices stayed tame and homebuilder confidence rose to the highest level in six years.

A third report showed factory output grew only modestly in September, a reminder that the economy is still weak.

Low inflation could give consumers even more incentive to spend at a time when their confidence is at a five-year high. That could boost growth and help lift American manufacturers out from their slump.

The economy remains the top issues for voters with just three weeks left before Election Day. It will be front and center Tuesday night when President Barack Obama and GOP challenger meet at New York's Hofstra University for the second of three debates.

The small increase in prices prompted the government to raise Social Security benefits 1.7 percent next year for 56 million recipients. The government increases benefits each year if prices rise. The boost was one of the smallest since automatic adjustments began in 1975.

Still, elderly Americans and other recipients will have a little more buying power. Social Security payments for retired workers average $1,237 a month, or about $14,800 a year. The increase is equal to roughly $21 more a month.

Consumers may also be inclined to step up spending if their home values keep rising.

The homebuilder survey showed that sales and builders' outlook over the next six months remained unchanged from September's improved levels. And a measure of buyer traffic rose to its highest level since April 2006.

Americans are buying homes again, pushing up sales and prices after a six-year slump. The recovery has been modest and housing has a long way back to full health. But the steady increases suggest housing is no longer weighing on growth.

The same can't be said for manufacturing, which has slumped since spring.

Europe's debt crisis and slower growth in China and other emerging markets have hurt demand for American exports. Many companies have also held back on purchases of equipment and machinery. They are waiting to see if Congress can reach a deal before the end of the year to avert sharp tax increases and spending cuts.

The September growth in factory output was an encouraging sign that manufacturing may be starting to rebound. A separate survey from the Institute for Supply Management also showed manufacturing activity expanded for the first time since May, buoyed by new orders and hiring.

Consumer sentiment rose to a five-year high in October, according to a survey by the University of Michigan. And Americans stepping up their spending at retail businesses in September for the second straight month, buying more cars and iPhones.

Peter Newland, an economist at Barclays, said the increase in consumer spending should translate into more factory orders and stronger production in the coming months.

Still, most economists said the weak overseas growth should drag on manufacturing for some time.

"There is still little evidence to suggest that a sustained upturn in the manufacturing sector is just around the corner," Erik Johnson, U.S. economist at IHS Global Insight, said in a note to clients.