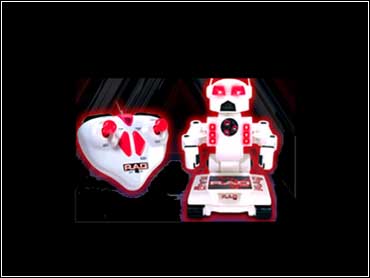 "Are you here to play with me? Wow, that's great!"

"Whoops! I think you're writing backwards."

Then there's Cell Phone Sally…a doll that calls its owner on a toy cell phone ….and uses voice recognition…

On the video game side, Sega's Dreamcast will be using speech recognition in a new game called Sea Man….

More games will be using speech too as Sega battles Sony, which will be out this year with PlayStation II. At Hasbro Interactive, President Tom Dusenberry predicts…just about everyone will want one…

"And it's more than a game machine. It's a home entertainment system which provides DVD movies, DVD audio and some very sophisticated video games."

It should be on the market this Fall.