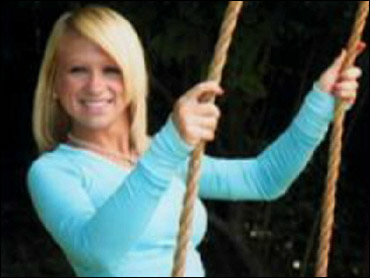 Jessica Logan, an 18-year-old Ohio teen had it all -- brains, beauty and a loving boyfriend.

But it all spiraled out of control after she began "sexting" -- sending nude photos of herself -- to that boyfriend.

After they broke up, he forwarded the pictures to hundreds of other high school girls, many of whom allegedly harassed Logan at school, calling her a "slut" and "whore."

Then, last July, Logan killed herself in her closet. She hanged herself; Jessica's cell phone, her mother said in a broadcast interview, was on the floor.

Cynthia claims the reason for the suicide was that the harassment -- also known as "cyberbullying" -- became unbearable.

Twenty percent of teens responding to a recent survey by the National Campaign to Prevent Teen and Unplanned Pregnancy said they've sent or posted nude pictures of themselves.

But now, Cynthia is fighting back with tech safety groups on Capitol Hill to avoid cases like her daughter's. She's advocating The School and Family Education About the Internet (SAFE Internet) Act, which would support existing and new Internet safety education programs for children, parents and educators.

"I'm following in her (Jessic's) footsteps," Cynthia testified Wednesday. "I think she would have wanted me to do this. That's the only thing that keeps me going."

Cynthia appeared on The Early Show Thursday to talk about her daughter's case and her efforts to end abusive "sexting" and "cyberbullying" with Parry Aftab, executive director of "Wired Safety." Aftab said such abuses can amount to using the images as weapons.

She told co-anchor Julie Chen she blames several parties for her daughter's death, including Jessica's school.

"I think the school should have come to the aid of my child, should have guided her, alerted the teachers that a photo of her was being disseminated..." Cynthia said. "...They should have done something."

Cynthia and her husband, Albert, recently sued Jessica's school in the Cincinnati suburb of Montgomery, Ohio, as well as Montgomery itself and some of the students allegedly involved in the taunting. The lawsuit claims the school did nothing to stop the harassment and police failed to charge those distributing the photos. The suit seeks unspecified money damages for Jessica's estate.

But Cynthia also told Chen the punishment should fit the crime in today's changing world of tech crime.

Children, she said, are being convicted as pedophiles and being forced to register as sex offenders, possibly for the rest of their lives.

"The laws are either too hot or too cold," Aftab added. "Too hot, kids are sending naked pictures of themselves voluntarily to each other are now being charged as registered sex offenders and felons, and harassment laws need to be beefed up. ... We need harassment laws that have some real teeth."