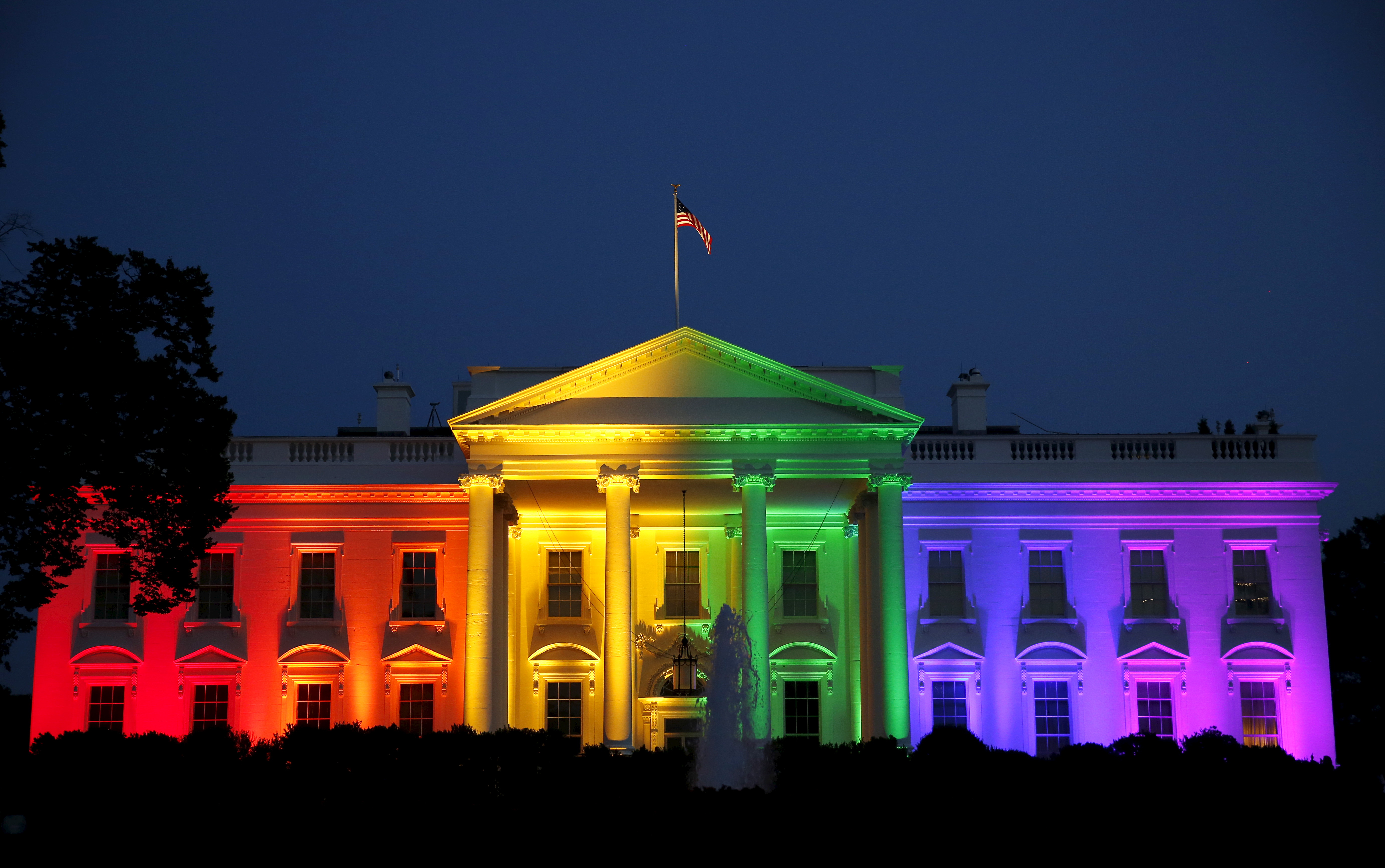 During Barack Obama’s presidency, if you typed whitehouse.gov/lgbt into your browser, you reached a page highlighting the administration’s victories and policy changes regarding LGBT rights. It outlined historic court victories and even featured campaigns like the It Gets Better Project to help LGBT youth.

Today, however -- just hours after President Donald J. Trump took the oath of office as the United States’ 45th president -- if you type in whitehouse.gov/lgbt, you are redirected to a new “transitionsplash” page.

The new page simply invites people to “sign up for updates from President Donald J. Trump.” It makes no mention of LGBT rights. In fact, it appears the White House’s LGBT rights feed has disappeared completely.

Vice President Mike Pence is, of course, a highly controversial figure among the LGBT community. He publicly opposed the repeal of Don’t Ask, Don’t Tell. He famously voted against The Employment Non-Discrimination Act, which would have prohibited discrimination against LGBT people in the workplace. And he spoke out against gay marriage; arguing in a 2006 speech that “societal collapse was always brought about following an advent of the deterioration of marriage and family.”

Donald Trump, however, was endorsed by the Log Cabin Republicans in October 2016; the top LGBT Republican group calling him “perhaps the most pro-LGBT presidential nominee in the history of the Republican Party.”

So, while it’s unclear whether the White House’s LGBT rights page will ultimately be replaced by a new feed with the mark of this new presidency, many Americans view the disappearance of the former page as an unsettling sign of things to come.

When the White House transitions from one president to the next, both its social media accounts and its digital assets -- like this LGBT rights page -- undergo a transition as well. As part of that, all content posted on the WhiteHouse.gov webpage during Obama’s presidency has been moved to ObamaWhiteHouse.gov.

“We are working to ensure that the next president and administration -- regardless of party -- can continue to use and develop the digital assets we have created to connect directly with the people they serve,” Kori Schulman, the White House’s deputy director of digital strategy, explained of the process in a blog on October 31, 2016.

The question now becomes whether or not the absence of an official White House LGBT rights page is temporary or permanent.