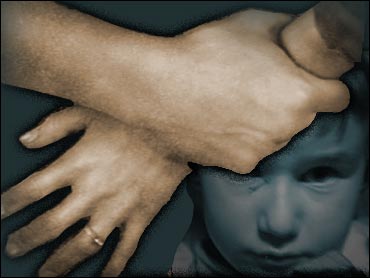 Authorities issued a statewide Amber Alert on Monday morning after a woman drove her car through a sliding glass door at her mother's house and took her two young children, who were in her mother's care.

Authorities were looking for Lorena Montano, 3, and Moises Montano, 2, who were taken by their mother, 32-year-old Nora Montano. She has been diagnosed with bipolar disorder, police said, and the children were believed to be in extreme danger.

Police said Montano drove her car through the rear sliding glass door of her mother's house early Monday. Montano and a man wearing camouflage and a ski mask rushed into the home, knocked over one of the children's aunts, and took the children, officer Bill Robertson said.

Police believe the man may be Montano's ex-husband.

The children have been in the custody of Nora Montano's mother since January. Police said Nora Montano is in the Army, stationed at Fort Houston, Texas.

Amber Alerts are named after Amber Hagerman, a 9-year-old girl abducted and later found murdered in Texas. They are bulletins, distributed through radio and television broadcasts and electronic highway signs, on kidnapped children and their abductors.