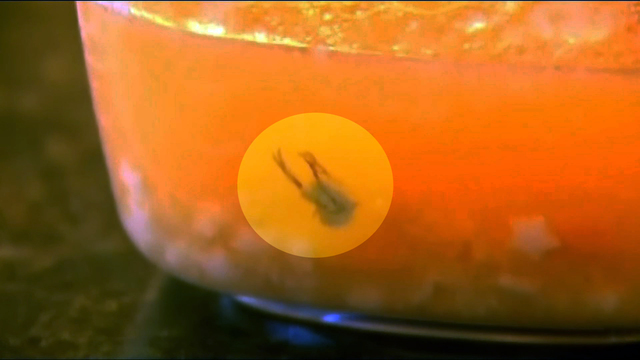 A Colorado mom claims she opened a can of soup and found a chicken embryo inside, KMGH in Denver reports.

"It makes me sick to my stomach to think about what was in that soup, " mom Nicole Montgomery, from Broomfield Colo., told the station.

She said her daughter was sick recently and she reached for a can of Campbell's chicken soup. After she poured it out, she discovered an item the size of pasta that had feet and a beak, and called the customer hotline to flag her discovery.

She said she's since sworn off soup.

"It's like a train wreck -- you can't stop looking at it," said Montgomery.

It's impossible to know for sure what's in the soup at this time, but Campbell's told the station it takes claims of product contamination very seriously and has sent a Fed Ex box to collect the sample.