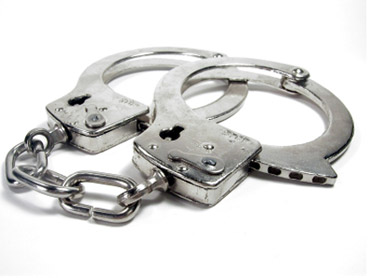 An Ohio woman who asked that police be called after she caught her 6-year-old daughter shoplifting a package of stickers said Wednesday that she was just trying to teach the girl a lesson early in life.

Diane Lyons said she doesn't believe she overreacted when she discovered the girl, Shiane, had taken the $3.11 package of stickers used to make temporary tattoos. An older 10-year-old daughter told Lyons about the theft.

Chief Ronald Yeager of the Carrollton Police Department in eastern Ohio arrived at the Discount Drug Mart Dec. 15 and took the girl to the police station in his cruiser before releasing her to Lyons.

Yeager told Lyons the girl sat quietly in the car on the way to the police. A phone message was left with Yeager on Wednesday.

"I don't think I went too far," Lyons said in a phone interview. "You've got to catch them when they first start if they do something wrong."

Lyons, 31, asked about collecting a $30 reward for turning in shoplifters but decided not to follow up because she felt bad about doing it.

"People think that I set her up or something to get the reward," Lyons said.

"I don't think Shiane would do it again, I really don't, because of all that I did," Lyons said.

The store's chief financial officer, Tom McConnell, said he could recall at least one other time in a store where parents also asked that police be called on a shoplifting child.