She'd captured the hearts of Americans at the Atlanta Olympics, graced the cover of Vanity Fair and won a gold medal, with the best of her career still to come.

But stories like Moceanu's are rarely as neat and pretty as they seem.

After finally putting a sordid split with her parents behind her and getting her life back under control, her dream of a second Olympics - a redemption of sorts - was shattered by a tiny piece of bone.

Moceanu withdrew from the Olympic trials Wednesday night because of a bone chip in her right knee, the same knee on which she had surgery last summer.

"I guess I've been dealt a big deck of cards in my life," Moceanu said Thursday, shrugging and smiling sadly. "I don't know why things do happen, but I know they do happen for a reason. And I've got to have faith and hope that everything's going to turn out and work out for the best no matter how hard life gets sometimes."

She'll return to Cincinnati on Monday and have surgery next week. Her teammates, meanwhile, will be packing for the Sydney Olympics.

"It just happened to be this way," said Moceanu, who wore a T-shirt that read "Believe 2000." "Of course I'm really sad, but I think that it all happens for a reason."

Still a month shy of 19, she has said those exact words so many times she has the speech down pat. The life that seemed so full of promise and reward only four years ago has instead disintegrated into a series of disappointments.

The cute little girl America fell in love with in Atlanta was lost forever in October 1998. Her life became tabloid fodder when she ran away from home and asked to be declared a legal adult, accusing her parents of squandering her money.

A month later, she was back in court asking for a protective order against her father, Dumitru, who allegedly inquired about having two of her friends killed. Dumitru Moceanu, who denied the accusations, was ordered to stay away from his daughter for a year. The order was lifted five months later.

The family has slowly reconciled, but the turmoil took a toll on Moceanu's career. She bounced around the country searching for a coach and hadn't trained seriously for about two years when she arrived at Mary Lee Tracy's gym in January.

"The sad part for Dominique and I is that she put so much into this," said Tracy, the assistant coach of the 1996 Olympic team. "Since January, it's been a long haul. And in a very quick amount of time, Dominique did an incredible job of training."

She had made even more progress the last couple of weeks, perfecting a new, tougher vault. But about a week ago, she began feeling pain in her right calf. She didnt think anything of it until Tuesday, when her knee gave out during training.

"I didn't know what to think at first," Moceanu said. "But I knew there was something in there."

Initial tests didn't show any structural damage, but by Wednesday she couldn't bend or straighten her knee, making training impossible. While the rest of the gymnasts went through their routines for competition, which begins Friday night, Moceanu sat on the sidelines, a dejected look on her face.

On Wednesday night, the orthopedic surgeon who operated on her knee last summer discovered the bone chip.

Distraught, she leaned on her Magnificent Seven teammates, who are more like sisters now. Amanda Borden and Jaycie Phelps, her closest friends from the team, comforted her Wednesday night. On Thursday morning, Shannon Miller greeted her with a big hug and told her everything was going to be OK.

"I'm dealing with it much better today than I was last night. I got all the tears out, all the calling the mom, the family, the friends," Moceanu said. "I felt like, `Gosh, why now? I let everybody down.' But it's not true.

"We gave it 100 percent. I showed them what I was capable of and nobody ever thought I could make it back in six months. We proved together that we could and that's all that matters."

Moceanu doesn't know what the future holds. Once again, the dreams she had and the plans she made have to be scrapped and she's "overwhelmed" at the thought of starting over.

She wants to go to Sydney to support her teammates, and she'll participate in the post-Olympic tour. In January, she'll see how her body feels and sit down with Tracy. Maybe they'll try for the world championships next fall. Maybe they'll decide it's best for Moceanu to go to school, try modeling and acting and all the other things she's planned to do when she finally finished with gymnastics.

But those are decisions for another day.

"Definitely it's a hard thing to actually grasp and realize that this is kind of over for now," Moceanu said. "Maybe I'm not a two-time Olympian, but I've accomplished a lot in my career and my life that I'm very proud of, and I wouldn't take anything back." 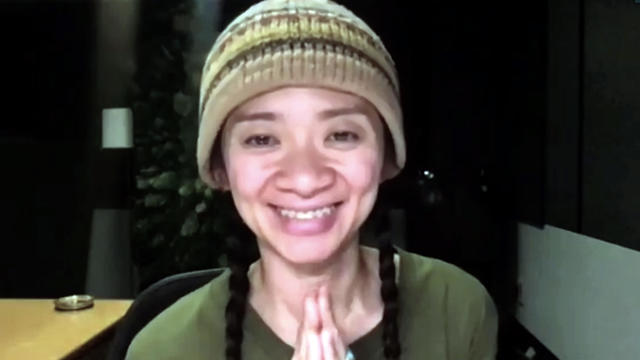