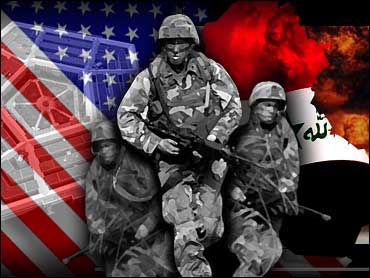 U.S. intelligence analysts predicted, in two papers widely circulated before the 2003 Iraq invasion, that al Qaeda would see that as an opportunity to increase its operations and that Iran would try to shape the post-Saddam era.

The top analysts in government also said that establishing a stable democracy in Iraq would be a long, turbulent challenge.

Democrats said the documents, part of a Senate Intelligence Committee investigation released Friday, make clear that the Bush administration was warned about the challenges it now faces as it tries to stabilize Iraq.

"Sadly, the administration's refusal to heed these dire warnings — and worse, to plan for them — has led to tragic consequences for which our nation is paying a terrible price," said Senate Intelligence Chairman Jay Rockefeller, D-W.Va.

But some Republicans rejected the committee's work as flawed. The committee's top Republican, Sen. Kit Bond of Missouri, said the report's conclusions selectively highlight the intelligence agencies' findings that seem to be important now, distorting the picture of what was presented to policymakers.

He said the committee's work on the Iraq intelligence "has become too embroiled in politics and partisanship to produce an accurate and meaningful report."

Asked about the report at his Thursday news conference, President Bush stood by his decision to topple the Iraqi regime. He said he firmly believes the world is better off without Saddam Hussein in power.

"Going into Iraq, we were warned about a lot of things, some of which happened, some of which didn't happen. And, obviously, as I made a decision ... I weighed the risks and rewards of any decision," he said.