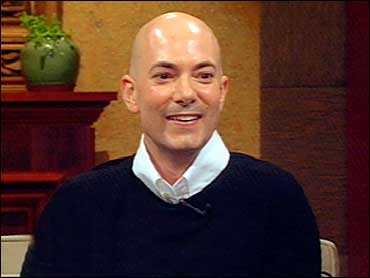 Since Air Force Master Sergeant William Walker was deployed, his wife Regina, has been taking care of their two young children and two dogs. That's left her with little time to take care of herself.

So David Evangelista, stylist to the stars, has come to the rescue to give Regina a new look and a little pick-me-up on Monday's The Early Show.

Master Sergeant Walker, a Quality Assurance Inspector, was sent over to the Gulf just a few weeks ago, and Regina says she's "been a mess" ever since. "Of course I'm concerned about his safety," she says, "even though the war is winding down, I am still worried about him. It's just so hard for me to have the two kids here, and for him not to be here. Last week was really bad."

Regina and William's story is the stuff of fairy tales. A few years ago, Regina was in a relationship that produced her now 4-year-old son, Larz. The relationship with her ex didn't work out, so Regina was left a single mom taking care of an infant. Months after her breakup, friends of Regina's suggested she come out with them on a group outing - specifically, to meet someone they wanted to set her up with. Regina wasn't too thrilled with the prospect of dating, and didn't really want to go out, but ultimately, she agreed.

When Regina met William Walker on that January day in 2001, she says, "I knew he was the one immediately. It was like I opened the door, there he was, and I just...gasped. He was it!" Just one month later, on Valentine's Day, William proposed. And even though they'd planned on a long engagement, Regina and William were so in love with one another they decided to get married just six months after they met. In July 2001, Regina and William exchanged their vows, and seven months ago, they welcomed their daughter Lacey into the world.

Not only is Regina missing her husband, but her home has been turned into complete chaos taking care of a toddler, an infant, and two dogs, so she feels like she doesn't have the ability to feel really good about herself right now.

Since Regina has never been to Manhattan, The Early Show decided that it would be extra fun to bring her to New York to experience her makeover in the lap of luxury at John Barrett Salon at Bergdorf Goodman.

Regina says that nothing with her look has been working - "I've been going for that Paige Davis look - the girl from 'Trading Spaces,' you know, kind of fun, flipped out and flirty...but it never turns out that way!" She also says that she's looking forward to getting a new outfit to suit her tiny frame. She's 5'2" and about 105 lbs - "I've got a tiny waist, but I'm hippy," she says.