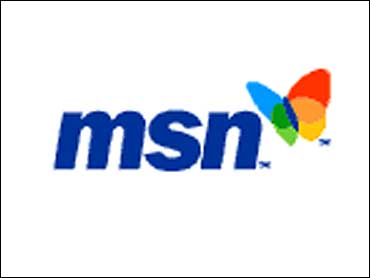 The marketplace for legal online music services is about to get more crowded with tech behemoth Microsoft Corp. entering the fray.

Microsoft plans to introduce a song-downloading service next year that will compete with similar offerings from Apple Computer Inc., Roxio Inc.'s Napster and others. News of the service was first reported Monday by The Wall Street Journal.

A company spokeswoman confirmed that Microsoft's MSN Web site will offer such a service, but declined to provide further details.

Industry analysts who have been expecting Microsoft's entry say the software giant could shake up the new, fast-growing business of downloadable tunes. The Redmond, Wash.-based company's dominant Windows operating system gives Microsoft powerful leverage, and its deep pockets could allow it to undercut competitors.

In addition, Microsoft's Windows Media Player — software that plays music and video files on computers — is already pervasive, and can be easily adapted to facilitate an online music store from Microsoft.

Apple, which helped jump-start the online music business, said it has sold more than 17 million songs for 99 cents each since it launched its iTunes Music Store in April.

Since then, a dozen rival offerings have emerged or on the horizon, including services expected from Wal-Mart Stores Inc., Sony Corp., Dell Inc. and Amazon.com.

"The current (music) era has all the characteristics of a gold rush," said Phil Leigh, an independent industry analyst with Inside Digital Media.