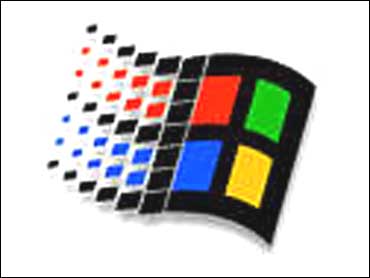 The judge in the Microsoft Corp. antitrust case urged government lawyers Friday to investigate why only nine companies so far have paid Microsoft to license its technology for their own software products, agreements central to the success of a landmark settlement negotiated with the Bush administration.

"I think all of us had hoped for more agreements," U.S. District Judge Colleen Kollar-Kotelly acknowledged during a hearing Friday. "I am interested in finding out why we don't have more licensed products."

The judge said the nine companies that already signed agreements "look like it's pretty much the heavy-hitters." But government lawyers explained it will take months to determine whether the deals will substantially ensure Microsoft can't abuse its control over computers running Windows software.

The judge scheduled another oversight hearing in January.

Microsoft lawyer Rick Rule said the company expects additional deals within months. He argued that even if few companies sign the deals, Microsoft was complying with the antitrust settlement by offering to license its software technology.

"Ultimately the question should be, are these potentially available," Rule said. "It shouldn't be, how many licenses are there."

The licensing requirement was considered central to the settlement since it would prevent Microsoft from locking out rival companies developing products that communicate with Windows computers.

Kollar-Kotelly urged the government Friday to interview companies that decided against licensing Microsoft's technology to determine whether the court should require changes to Microsoft's terms.

The judge said it was unclear whether Microsoft's competitors were unhappy with terms of the offers or simply not interested, "and there's not much we can do about that."

The day before the hearing, Microsoft reported a 28 percent surge in quarterly profits, as sales rose 6 percent to $8.22 billion. The increase drove up the company's already remarkable cash reserves to more than $51.6 billion.

Friday's oversight hearing preceded next month's arguments before the U.S. Circuit Court of Appeals by lawyers for Massachusetts, the only state to formally dispute the antitrust settlement as inadequate.

Massachusetts has asked the appeals court for tougher antitrust sanctions, accusing Kollar-Kotelly of a "profound misunderstanding" for approving the deal.

To entice more companies to license its technology, Microsoft previously agreed to reduce from $100,000 to $50,000 a prepayment from rivals and reduce the price it charges so that it collects 1 percent to 5 percent of the revenues of the software that includes its technology.

But since that change, only five more companies have signed licenses with Microsoft, including the Utah-based SCO Group Inc., which has separately threatened to sue companies using the Linux operating system unless they pay a licensing fee.

The fifth new license, disclosed during the hearing, involved UTStarcom Inc. of Alameda, Calif., a 12-year-old wireless company that concentrates on markets in China. It reported quarterly income of $59.1 million on sales of $584.4 million.

The three other Microsoft licenses since July cover only special-purpose products.
By Ted Bridis