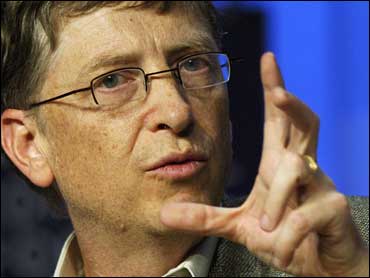 Microsoft said it needed more time to prepare, particularly after its lawyers had to spend time appealing an earlier ruling that would have allowed the public and media to view the pretrial testimony of Gates and other top company officials.

A federal appeals court, however, set aside that decision Tuesday, effectively blocking the public from witnessing the depositions.

The appeals court explained its ruling by arguing that Microsoft could suffer harm from open disclosure, but it did leave open the possibility that news organizations could view transcripts and videotapes of pretrial testimony after the antitrust suit is over.

Gates, the company's co-founder, chairman and chief executive, is now expected to testify in private next week in Seattle.

News organizations are mulling an appeal, but the decision appears likely to stand. "The news organizations have not reached a decision yet," said Jay Ward Brown, a Washington attorney who represents media interests. He said the organizations will probably decide against an appeal if they think the chances of a victory are slim.

The media organizations were set to meet Thursday with the district judge handling the case, Thomas Penfield Jackson, to discuss the latest ruling, Brown said.

Microsoft appealed the judge's decision, arguing that open proceedings would lead to a disruptive "carnival atmosphere" and result in the publication of its trade secrets.

The appeals court did not reach a final conclusion but put off a full hearing on the matter until late September - after the antitrust trial begins.

The little-known 1913 law has rarely been invoked and was last used in the government's antitrust efforts against IBM 20 years ago. Pretrial depositions in that case were ordered open to the public.

Microsoft is the first company to appeal the use of the 1913 law, which states in part that the depositions in antitrust suits "shall be open to the public as freely as are trials in open court, and no order excluding the public from attendance on any such proceedings shall be valid or enforceable."

The Justice Department announced it would stand by the appeals panel's ruling. The department would not comment on the status of its depositions of Microsoft executives.