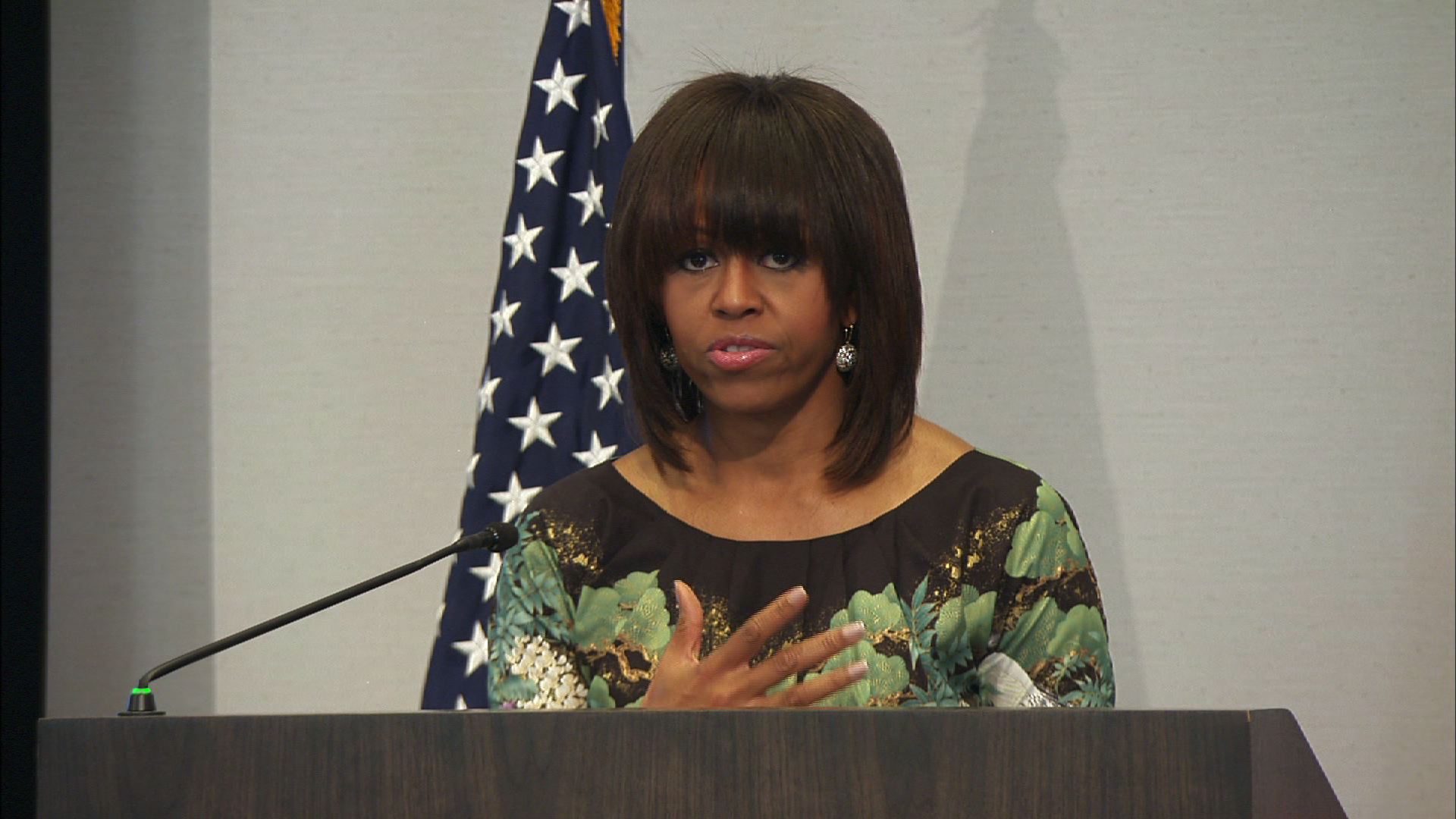 Obama was speaking at a Democratic National Committee fundraiser in Washington.

According to a pool report from a reporter who attended the event, an audience member started shouting in support of an executive order on gay rights halfway through Obama's remarks.

"One of the things I don't do well is this," the first lady said.  According to a pool report of the event, she then left the lectern, moved toward the protester and said the person could either, quote, "listen to me or you can take the mic, but I'm leaving."

The crowd started shouting for Obama to stay. The protester was then escorted out of the event.

CBS News and the Washington Post obtained audio of the event, however the first lady's "listen to me ... but I'm leaving" line is inaudible on the clip.

The New York Times reports Obama was about 12 minutes into her 20-minute speech at a home in Northwest Washington when a woman "at the front of a crowd of about 200 people began shouting for President Obama to issue an executive order barring federal contractors from discriminating against employees based on sexual orientation or gender identity."

The Times adds that, as she was escorted out, the protester shouted some more, at one point describing herself as a "lesbian looking for federal equality before I die."

According to the Times, GetEqual co-director Heather Cronk later identified the heckler as one of its activists, Ellen Sturtz.

In an interview, Sturtz told the Washington Post, that she was stunned by the first lady's response to her heckling.

"She came right down in my face," Sturtz told the Post. "I was taken aback."