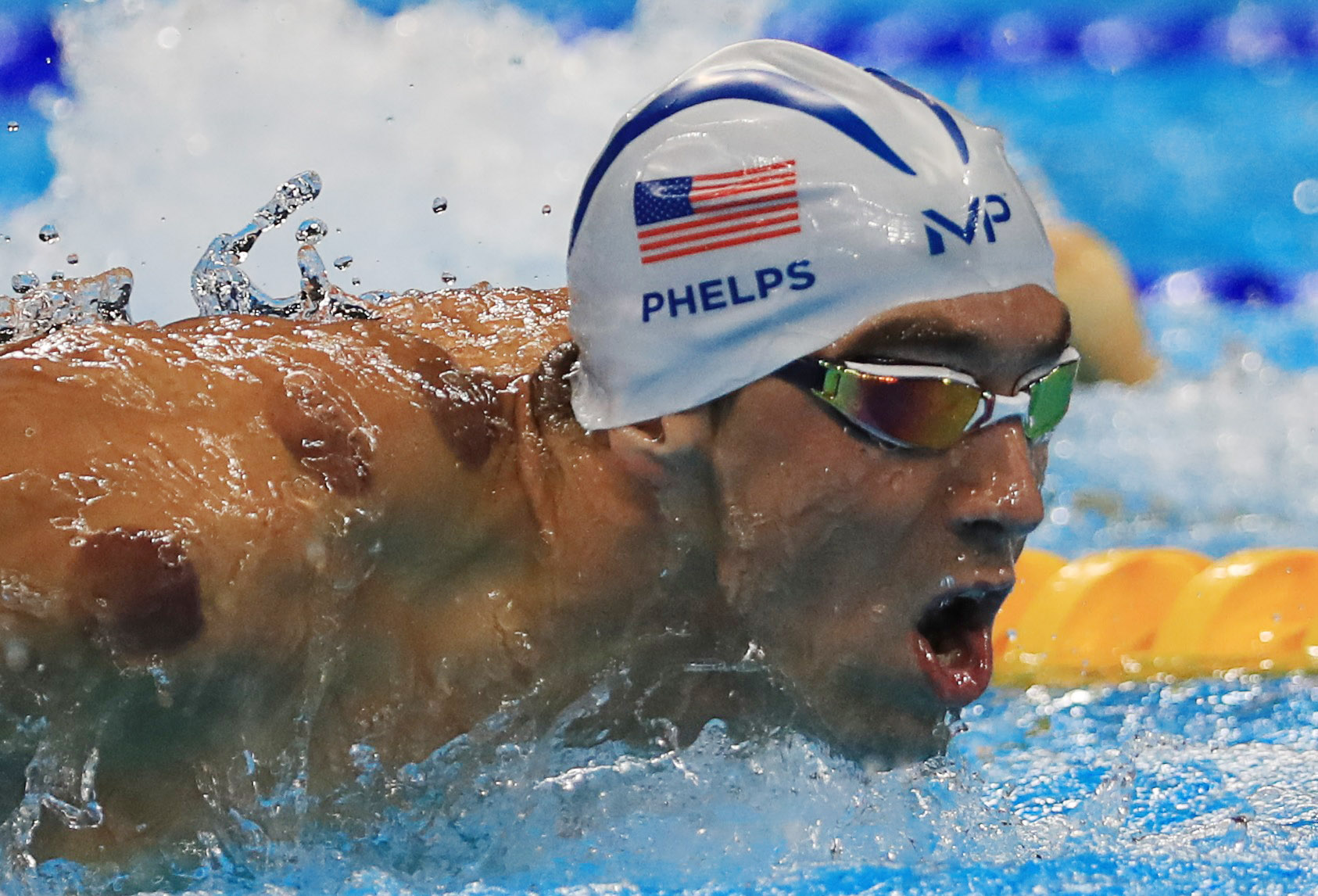 If 19-time Olympic gold medalist Michael Phelps does it for his health, then it’s gotta be good, right?

That’s what many are wondering after spotting cupping marks -- those purplish circles -- on the swimmer’s upper body poolside at the 2016 Olympics in Rio this week. Phelps also posted a shot of himself on Instagram being cupped last year.

But doctors who specialize in both mainstream and alternative medicine say when it comes to the science behind the ancient Chinese practice, the answers are vague.

Dr. Adam Perlman, executive director for Duke Integrative Medicine, told CBS News, “Cupping has probably been around as long as traditional Chinese medicine has been around -- a couple thousand years.”

Traditionally, the process involves a glass that is heated inside using a flame and then placed on top of the skin, where it creates a vacuum and sucks the skin up into the cup. The aim is to release the tension in sore muscles, Perlman said. Some use pottery or bamboo cups, or a more modern device that relies on a hand pump to produce the suction.

“It creates, in effect, a big circular hickey,” he said.

Phelps isn’t the only Olympic athlete sporting the circular purple markings. U.S. men’s gymnast Alex Naddour posted a recent selfie on Instagram showing a hint of cupping bruising. And some of his teammates have tried it, too.

What the mark really is, Dr. Robert Glatter told CBS News, is a tissue injury to the skin.

“It causes blood vessels to dilate and increases blood flow,” said Glatter, an emergency physician at New York’s Lenox Hill Hospital, who is in Rio de Janeiro for the Olympics.

The aim of cupping is to relieve any blockages in the flow of energy and blood and lead to better recovery, Glatter explained.

Internal medicine physician and certified personal trainer Dr. Michael Smith told CBS News, “The suction pulls the tight muscles and stretches the fascia, the connective tissue around the muscles, and in effect, allows blood vessels to expand. The theory is that the increased blood flow speeds healing. It makes sense, but it is not going to cure any problem the athlete may have.”

Perlman said he first spotted an Olympic athlete with telltale cupping marks while watching the women’s gymnastic competition this past weekend with friends.

“I was pleasantly surprised to see cupping marks. It really speaks to this level of integration we’re seeing with many things that are considered complementary medicine,” said Perlman, who has tried cupping for back pain and said it gave him relief.

But both Glatter and Perlman said the ancient therapy isn’t scientifically proven to heal anything.

“There’s no scientific evidence. There are multiple trials out there but no quality evidence. Producing giant welts on the body which basically make you feel better locally but injure local tissue doesn’t have any systemic impact,” said Glatter.

Studies are underway looking more closely at cupping’s potential medical benefits. “There is really a flurry of research looking at cupping for fibromyalgia, back pain and blood pressure,” said Smith.

If athletes or anyone else is interested in trying the alternative therapy, they should seek a qualified health expert, said Perlman.

“People should be looking for someone trained in traditional medicine and licensed and trained in Chinese medicine and who has graduated from an accredited school,” he advised, noting that cupping is usually part of a more comprehensive medical approach, used in combination with other therapies.