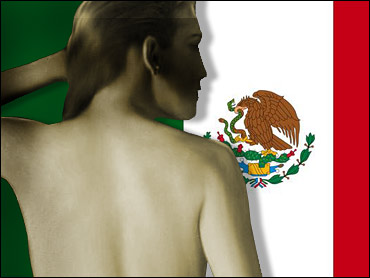 Alarmed by glimpses of sweaty citizens in the buff, the city council in the southeastern city of Villahermosa has adopted a law banning indoor nudity, officials confirmed on Wednesday.

The regulation, which takes effect on Jan. 1, calls for as much as 36 hours in jail or a fine of $121 for offenders in the Tabasco state capital, 410 miles east of Mexico City.

"We are talking about zero tolerance ... for a lack of morality,'' said city councilwoman Blanca Estela Pulido of the Revolutionary Institutional Party, which governs the state and city.

Opposition party councilman Rodrigo Sanchez said in an interview that the measure, part of a larger series of prohibitions, "tramples on the rights of the citizens by taking laughable measures such as contemplating penalties for citizens who walk around nude inside their houses."

"I have no idea how you detect the naked. You'd have to have a big operation to try to bring it under control," he added.

Pulido said she was confident that citizens who catch a glimpse of offenders would report them to police -- though the law also threatens jail for peeping Toms.

The city on the southern Gulf of Mexico is noted for its swelteringly hot, humid climate.

"The majority of houses have a lot of ventilation and we give ourselves the luxury of going naked," Pulido said. "Because we walk past the windows, you see a lot of things."