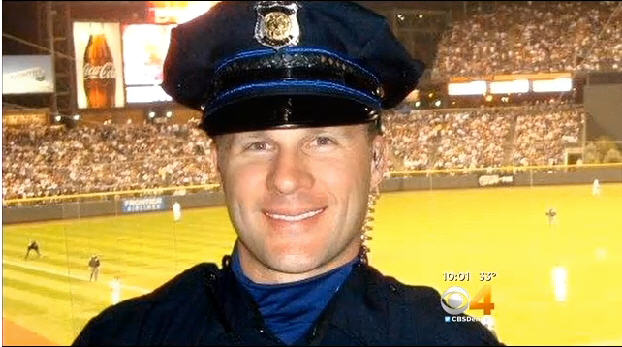 DENVER -- During a protest Wednesday against last week's grand jury decision in the death of Michael Brown, police officers escorting students were hit by a car -- and witnesses say it was no accident, reports CBS Denver.

Four bike officers were hurt, with one -- Officer John Adsit -- reportedly in critical, but stable condition. He had been caught underneath the car and run over, according to the station.

Adsit had surgery for several hours on Wednesday.

500 students began marching around 10:00 a.m. -- walking through downtown Denver, with police monitoring traffic during the demonstration. They gathered around the Capitol to protest the grand jury's failure to indict Ferguson, Mo. police officer Darren Wilson in the August fatal shooting of Brown.

At an intersection, the driver in a black Mercedes honked and cheered on the protesters, according to witnesses. When the police passed in front of the car, the Mercedes shot forward, hitting the four officers, dragging Adsit about 100 feet with his bike, witnesses said.

"A split second, it went from him sitting at a dead stop, the cops pulling up and it wasn't a slow pull out, he gunned it and went straight at 'em," witness Doug Action told the station.

Action and co-worker Luis Marin told CBS Denver they had been in traffic waiting for the crowd to pass.

"All of a sudden the black Mercedes just takes off full throttle towards the police officers and runs them over," said Marin.

Initial reports say that the driver may have suffered a medical condition while behind the wheel, reported CBS Denver. But Marin and Action are not convinced.

"I'm not sure what happened to him, I'm not sure if there was a medical condition involved but to me it seemed like it was done on purpose," said Marin.

Police are reportedly still investigating the cause of the accident.